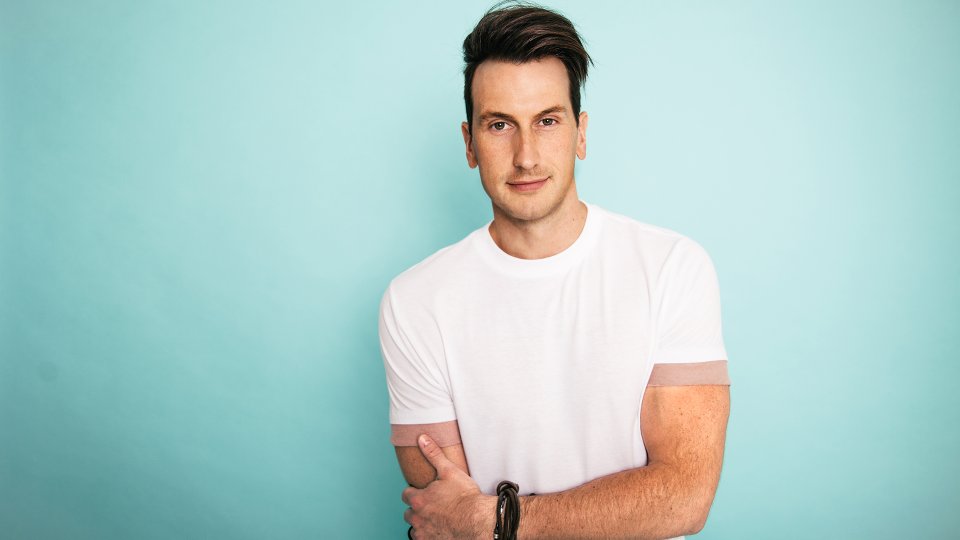 Success has been a long time coming for Russell Dickerson but his hard work and perseverance has paid off. The singer-songwriter has been working hard at his craft for years and it took four years for his single Yours to top the charts in the US. Dickerson began his love affair with the UK at Nashville Meets London back in July 2017, where he headlined the first night. At that time UK audiences weren’t all that familiar with him but that all changed back in March when Dickerson performed multiple times at C2C: Country to Country. He’s currently supporting Darius Rucker on his UK tour and found a spare evening to fit in a (sold-out) headline show at Borderline in London.

Before his show, I sat down with Dickerson for a catch-up and it’s fair to say that no one is as surprised with his success here in the UK as he is. His expectations for tonight’s show were high but the energy of the audience surpassed those with ease. Arriving on stage shortly after 8.30pm, Dickerson opened with Twentysomething and the crowd quickly got excited. In fact they sang every single word to every single song for the entire set, something that didn’t go unnoticed by Dickerson.

The set list consisted mainly of selections from Dickerson’s debut album Yours with a few surprises thrown in for good measure. He started strong by following Twentysomething up with Billions and the complete ear worm that is Every Little Thing. I don’t know if it was because it was a Saturday night or because the crowd was delirious from a week of country music but the energy at Borderline was electric. The audience didn’t miss a beat and Dickerson fed from that energy throughout his set.

At the mid-point of his set, Dickerson pointed out that Eric Paslay was in the audience. Following a chant of ‘bring him up’ from the audience, Dickerson brought his fellow singer-songwriter onto the stage and Paslay entertained with a performance of his hit Friday Night. Dickerson danced and sang along next to him, before resuming his set once the song had finished. It wasn’t the only surprise of the night as Dickerson wheeled out some unexpected covers such as a cover of the 69 Boyz’s Tootsee Roll, R. Kelly’s I Believe I Can Fly and Shania Twain’s You’re Still the One.

It was his own material that got the biggest reaction though. All Fall Down was a highlight as was the rare downtempo moment, Low Key. Float had the audience brimming over with excitement and a mash-up of Cyndi Lauper’s Girls Just Wanna Have Fun, Dickerson’s own MGNO and Whitney Houston’s I Wanna Dance With Somebody saw the singer jump into the audience and encourage them to jump up and down. It was further proof that Dickerson is the kind of performer who likes to entertain and engage his crowd, and he certainly did that for the entirety of his set.

Dickerson brought his set to a close with his two number one hits, Blue Tacoma and Yours. Blue Tacoma turned into a huge sing-a-long and to my eyes, Dickerson looked a bit emotional about the whole thing. He proclaimed that the show was the best of his life and he looked choked up as the audience sang every single word back to him. The party spirit continued as he performed his breakthrough smash Yours before leaving the stage.

One thing you can never accuse Dickerson of is holding back. He left everything out on that stage and then some. His passion and energy was at times exhausting to watch and it was impossible not to enter into the party spirit. Before the show I was flagging from a long week of shows and interviews but minutes into Dickerson’s set, I was ready to hit the bar hard and dance the night away. Dickerson has found an audience in the UK and next time he plays, it won’t be in a venue as intimate as Borderline, I assure you. He brought his A-game tonight and he delivered a superb headline show.