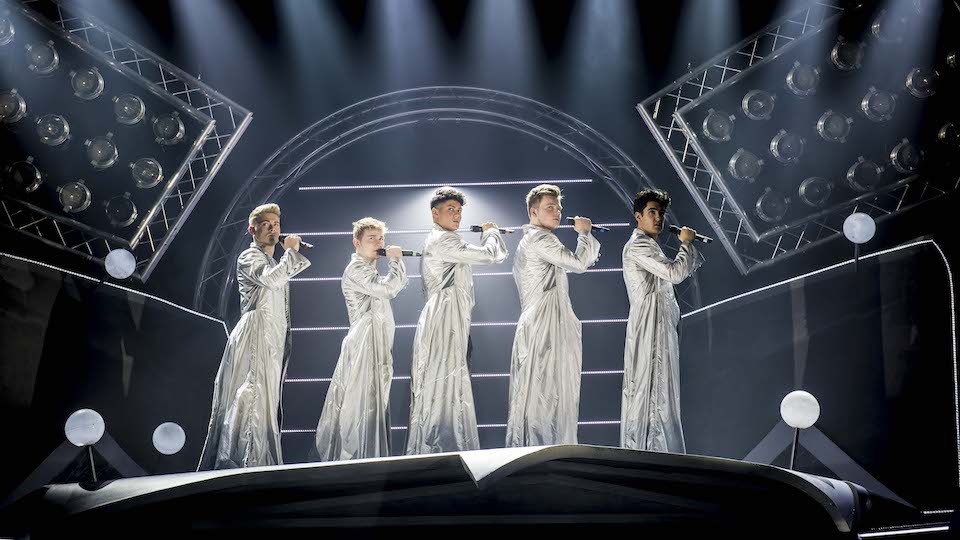 A special Gala Charity event for Tim Firth’s award-winning new musical The Band, with the music of Take That, is being hosted by the musical’s co-producers, Gary Barlow, Howard Donald, Mark Owen and Robbie Williams, with David Furnish, Chairman of the Elton John AIDS Foundation.

For one night only, all seating in the Stalls of the Theatre Royal Haymarket will be removed and replaced with dinner tables for a one-off experience, which will feature a very special performance by Take That.

Tim Firth’s award-winning new musical The Band, with the music of Take That, opened at Manchester Opera House on 8 September 2017 to huge critical acclaim and has taken £20 million at the box office. It will play a six-week West End season at the Theatre Royal Haymarket from 1 December 2018 to 12 January 2019.

The Band is a new musical about what it’s like to grow up with a boyband. For five 16 year-old friends in 1992, ‘the band’ is everything. 25 years on, we are reunited with the group of friends, now 40-something women, as they try once more to fulfil their dream of meeting their heroes.

The Gala Night on Tuesday 4th December the red carpet will begin at 6.00pm, followed by a Gala Dinner at 7.00pm. The musical will begin at 8.30pm. Dress code is Black Tie. The Gala tables are available from £1000 per head. Dress & Upper Circle tickets are also available from £50, available direct from the theatre Box Office on 020 7930 8800 or www.trh.co.uk. 100% proceeds will benefit the Elton John AIDS Foundation.