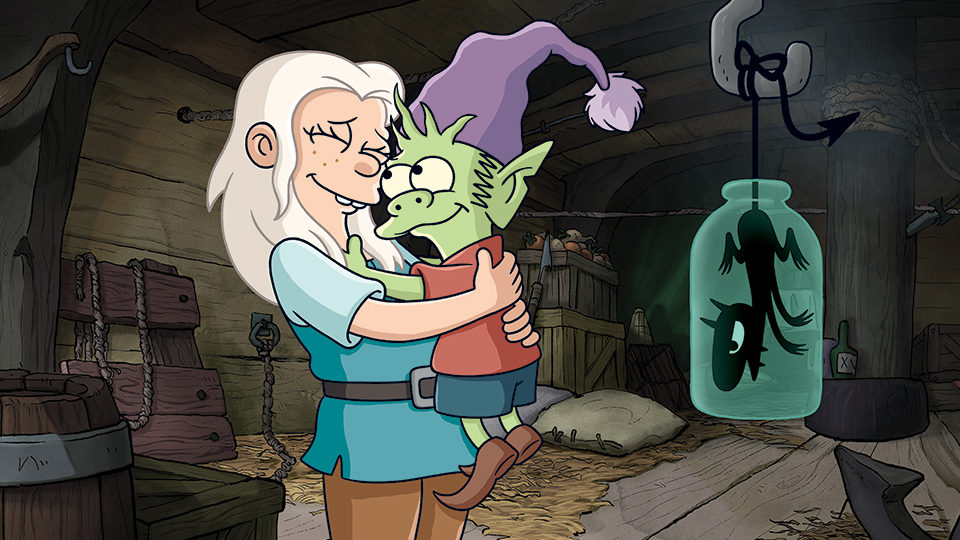 The first season of the show premiered in August and the show has proven to be a hit with viewers. The new episodes will arrive in 2020 and 2021 with new episodes of season one premiering in 2019.

Speaking about the renewal Groening says, “We’re excited to continue this epic journey with Netflix. Stay tuned for more cranked-up suspense, infuriating plot twists, and beloved characters getting knocked off.”

In Disenchantment, viewers are whisked away to the crumbling medieval kingdom of Dreamland, where they follow the misadventures of hard-drinking young princess Bean, her feisty elf companion Elfo, and her personal demon Luci. Along the way, the oddball trio encounter ogres, sprites, harpies, imps, trolls, walruses, and lots of human fools.