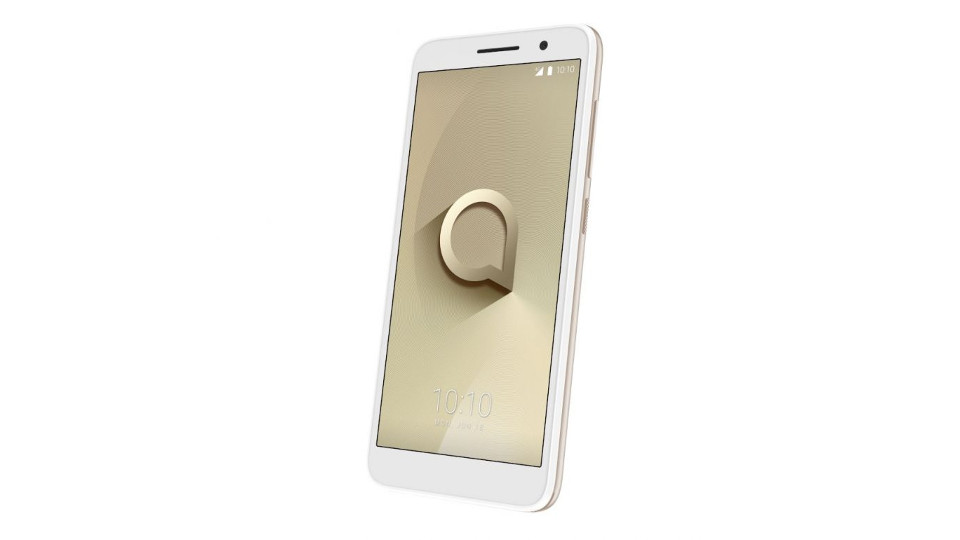 I’ve been testing the Alcatel 1 for a couple of weeks now and whilst it’s far from the best smartphone out there, and it certainly isn’t trying to be, there is still plenty to praise it for. Throughout this review I feel it’s very important to take the fact that this phone only costs £52 and it clearly isn’t trying to compete with the high end devices out there.

Immediately upon taking the phone out of the box I was impressed with the build quality. I expected a phone of this price to feel a bit cheap and nasty but was pleasantly surprised. Although it’s a small handset , 137 × 65 × 9.8 mm it manages to not feel overly small in the hand. Whilst it doesn’t feel as nice as a more expensive phone, it’s a bit plasticky, for the money the overall finish is good.

It comes with a five inch LCD  screen sporting a 960 x 480 ratio and delivers playback at 720p. The touch screen itself is responds well and I didn’t come across any dead spots. I did find it highly reflective, even in normal household lighting conditions and using the phone outside in bright conditions was very frustrating. Trying to line up photos in bright light was more a game of guessing where the camera was pointing.

Check out the official Alcatel 1 video below:

The Alcatel 1 has a front-facing 5MP camera and an 8MP rear camera. Not surprisingly the results aren’t amazing and photos tended to look a bit washed out. There is no auto focus and nor can you choose part of the scene to focus the camera on (e.g. faces). Most pictures tended to have a small element of blur as there is a delay from pressing the capture button to the actual photo being taken.

Performance is where the phone really struggles. The MediaTek MT6739 CPU that is powering things is a low end chip and is only backed up by 1GB of RAM. This low spec means that there is always a small delay once you press something on screen. It’s not a deal breaker for me but if you are after the fastest, slickest experience out there then you are going to want to go for a better handset. The Alcatel 1 really struggles when it comes to games. My little boy is heavily into Plants Vs Zombies at the moment so that is the game we tried. After five minutes we decided to call it quits as the phone was really struggling.

Storage wise the Alcatel 1 comes with 8GB of internal storage but 3.68GB of this was already taken up by the system and the preinstalled apps which doesn’t give you much space to play with. You can add a Micro SD card to beef up the storage and you can pick them up at reasonable prices.

By now you’re probably wondering who might consider buying this phone, but as I mentioned at the start of this review it’s very well priced at around £52. So who is this phone for? I’ll be honest and say it wouldn’t be top of my list if I was buying a phone for myself but if I was buying a phone for my young child it would certainly be on that list. It still does all of the things kids would want a phone for, they can take and share pictures, access social media, send messages etc. I certainly wouldn’t want to be buying my kid the latest iPhone only for him to drop and break it 2 weeks later.

I can also see this as a good option for a second or back up phone. You might be going out or on holiday and not want to take your more expensive handset with you but you still need a phone, this is where the Alcatel 1 steps in as a wallet friendly option. Finally I can see the Alcatel 1 being attractive to people who aren’t too tech savvy and won’t be using most of the features we expect from modern phones, my Gran springs to mind as someone who found taking pictures with phones wholly unnatural, in her words ‘phones are for calling people’.

In summary the Alcatel 1 is far from being the best phone out there, the spec isn’t great and the resulting performance issues will certainly put people off. Despite this there is definitely a market out there for this handset. It would be great for the budget conscious, a second phone or a first phone for the young ones out there.

You can buy the Alcatel 1 here.

The Alcatel 1 was reviewed using a review unit supplied by Alcatel.

Advertisement. Scroll to continue reading.
In this article:Alcatel