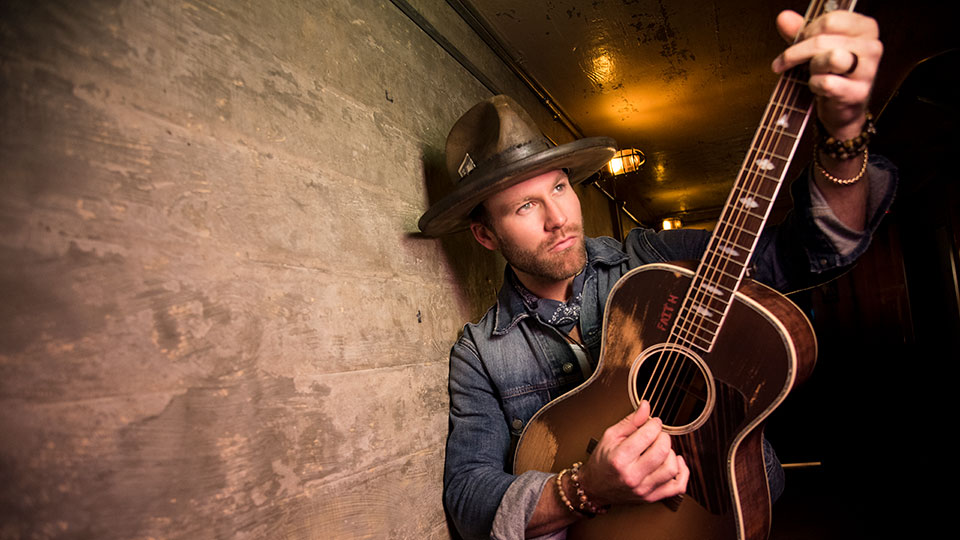 Drake White is the perfect example of a rising Country artist who has earned his stripes in the UK. He first came here in March 2017 to perform on the pop-up stages at C2C: Country to Country and the reaction was huge. He followed that up by returning for the first-ever Country Music Week later that year where he supported Kip Moore at O2 Shepherd’s Bush Empire in London, the day before he headlined an intimate show at The Borderline. The buzz surrounding White is so huge that fans have been waiting in anticipation for his return to the UK and they got their wish this week as he kicked off a headline tour. The London stop of the tour was part of Country Music Week and it was easily one of the most-anticipated gigs of the week.

Following stellar opening sets from Tenille Townes and Ryan Kinder, White took to the stage a little after 9pm. Since he was last here, White has released EP Pieces but there’s no sign of a second album yet. That left me, and many fans, wondering exactly what his set would consist of. White used the evening to play selections from his critically-acclaimed album Spark along with newer material, some the audience hadn’t heard before tonight. The set opened with the pounding Heartbeat which led seamlessly into Everybody Got Their Story.

Not one to repeat himself, White didn’t do the exact set list he’s played on other stops on the tour. The London crowd were treated to Equator and Free, two songs that haven’t been in his live set lists as much as other tracks from Spark. They were appreciated though and the crowd sang at the top of their lungs throughout both. The first of the new songs was the rocky Raised Right, a song that took a slightly different direction musically than the material we’re used to from White. He followed it up with a soulful cover of James Brown’s I Got You (I Feel Good), which got the audience dancing.

New track All Will Be Right With the World was a nice tonic to the madness currently going on around the globe and it paved the way for two solo acoustic songs; the powerful Fifty Years Too Late and the hopeful The Coast is Clear. The latter turned into one of White’s now famous freestyles, showcasing his unique ability to come up with a song on the spot and make it sound like he’s been singing it for years.

The pace picked up again with Girl in Pieces but it was Livin’ the Dream that truly kicked off the final leg of the party. The audience drowned White out but that was nothing compared to how loud they sang during the first encore song, Makin’ Me Look Good Again. That song has become White’s signature track, at least in the UK, and it always sounds so fresh and warm. Tonight was no exception as White’s soulful vocals soared, sending shivers down the audience’s spines.

It Feels Good cranked the party back up to 11 and White really started to break loose. He’d been threatening all night and it was nice to see that passion and energy he exudes. After leaving the stage for a second time, White returned to chants of ‘we want more’ from the audience and he did a second encore, ending his set with a cover of The Beatles’ classic With a Little Help From My Friends featuring Ryan Kinder. It turned into one big sing-a-long and White’s vocals were incredible. He sang as he jumped on the speakers, dipped into the crowd and twirled around the stage like a man possessed.

Seeing Drake White live is always an experience. Backed by his tight band The Big Fire, he puts on a live show that has to be seen to be believed. I thought he was a little more subdued than usual in the early part of the set but once he started to loosen up, he was as magnetic as ever. You can tell from the smile on his face when he performs that he’s overwhelmed by the reaction he gets here in the UK. We’ve embraced him as one of our own and he’s certainly one of the biggest draws on the Country live circuit. Is it time for him to come back and perform on the Main Stage at C2C 2019 yet?