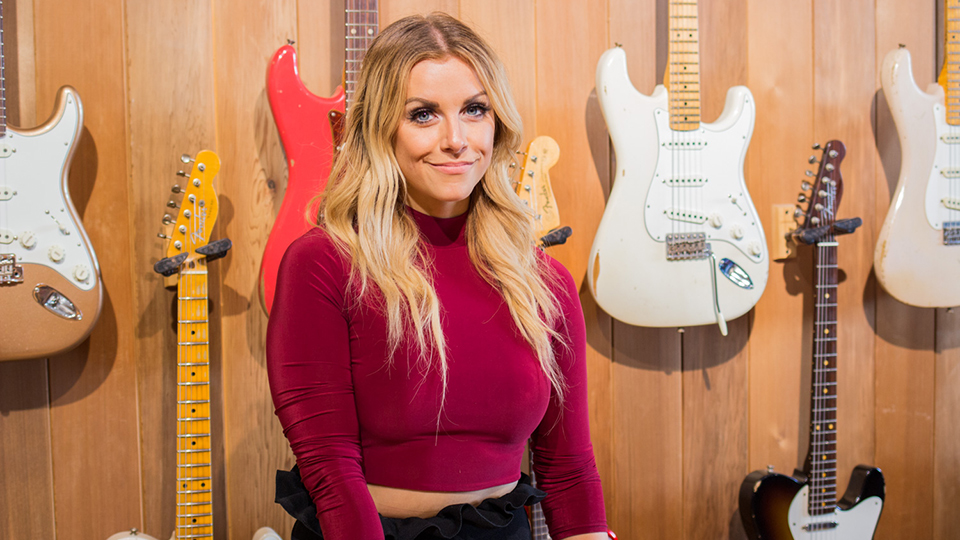 Canadian singer-songwriter/guitar extraordinaire Lindsay Ell was in London earlier this week for a sold-out show at Borderline.

Ahead of her show, Ell met us at the Fender Showroom in London where she performed two tracks for us live. Today we’re unveiling the first one, Champagne. Accompanied only by a loop pedal and her electric guitar, Ell gave a passionate performance of her catchy new single.

Champagne is taken from Ell’s album The Project, out now on BMG, and she co-wrote the catchy song with Walker Hayes and Fred Wilhelm. Surrounded by a range of custom Fender electric guitars, Ell wowed us with her incredible guitar skills and her strong vocals.

On Monday we’ll be bringing you the second performance, an acoustic version of her smash-hit single Criminal so check back to see that!

It’s just over a year since Ell arrived in the UK for Country Music Week, where she performed at the Borderline and really started gaining traction with fans in the UK. She returned in March to perform as part of C2C: Country to Country and toured the country with the C2C Roadshow shortly after.

In this article:Fender Showroom, Lindsay Ell