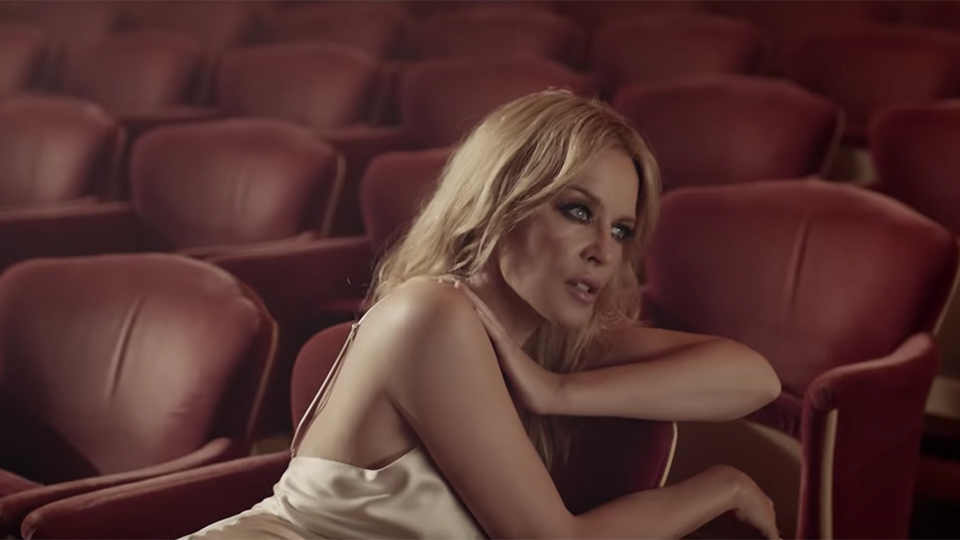 Kylie Minogue is back with the music video for her new single Music’s Too Sad Without You featuring Jack Savoretti.

The fifth single to be taken from her number one album Golden, Music’s Too Sad Without You is a love song written by Kylie, Savoretti and Samuel Dixon. The video was directed by Joe Connor and filmed at Teatro La Fenice in Venice, Italy.

Music’s Too Sad Without You is the follow-up to Lifetime to Repair, Golden, Stop Me From Falling and Dancing. It’s a slight shift in sound away from the Country twang of her last four singles.

The single comes following the end of the UK leg of Kylie’s Golden tour, which picked up widespread critical acclaim. The tour saw the singer performing selections from Golden as well as hits from across her extensive back catalogue.

Golden is Kylie’s 6th number one studio album and it has spent 20 weeks on the UK album charts. It is the best-selling 2018 release by an international female artist, and also the best-selling cassette of the year so far.

In this article:Jack Savoretti, Kylie Minogue