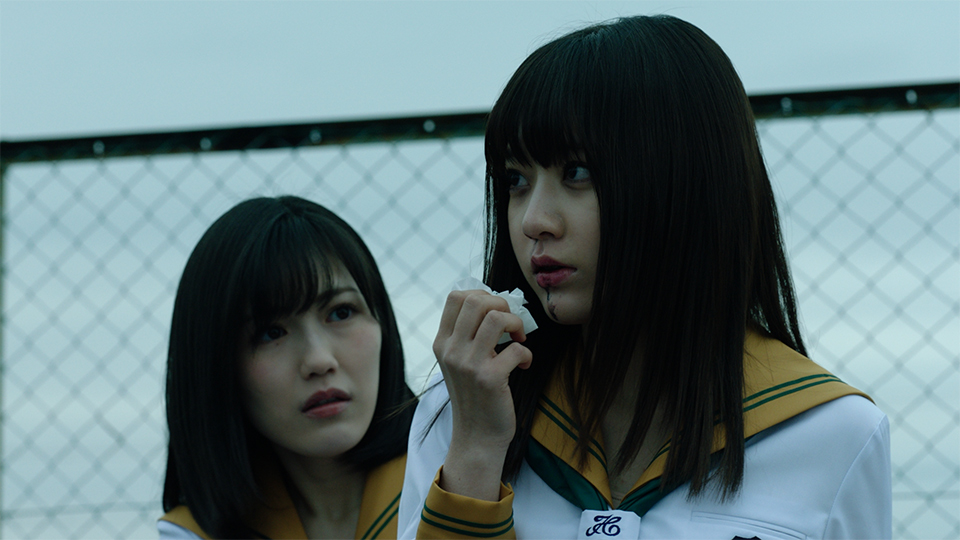 Marking the first time a Walter Presents show has debuted on Film4, Crow’s Blood will be part of the channel’s FilmFear season. Crow’s Blood is created by Yasushi Akimoto and executive produced by Darren Lynn Bousman (director and writer of Saw II, III, IV).

Inexplicable happenings have become a daily occurrence at Dolly International Girls Academy, coinciding with the arrival of a mysterious and quiet transfer student. At first, these incidences seem odd, even ominous, but not entirely out of the ordinary – a crow flies into a window and splatters blood everywhere.

The new girl has a nosebleed and covers herself in thick, black blood. Then a student falls several floors off the roof of the school. Her body seems mangled, yet two days later she is absolutely fine. Could the new girl play a part in the gruesome and sinister events that are unfolding?

Crow’s Blood will screen on Film4 channel on Halloween night as part of FilmFear, a season of premieres, discoveries and cult favourites running for six nights from Friday 26th to Wednesday 31st October.

It will sit in a line-up that includes the television premieres of the 2016 Blair With reboot, the British psychological chiller Kaleidoscope and the acclaimed folklore horror hit The Witch, which screens at 9pm on Halloween directly before Crow’s Blood.

Episode One of Crow’s Blood will premiere on Film4 on 31st October 2018 at 10.50pm. The entire series will be available to stream on demand via All 4 after the episode has aired.