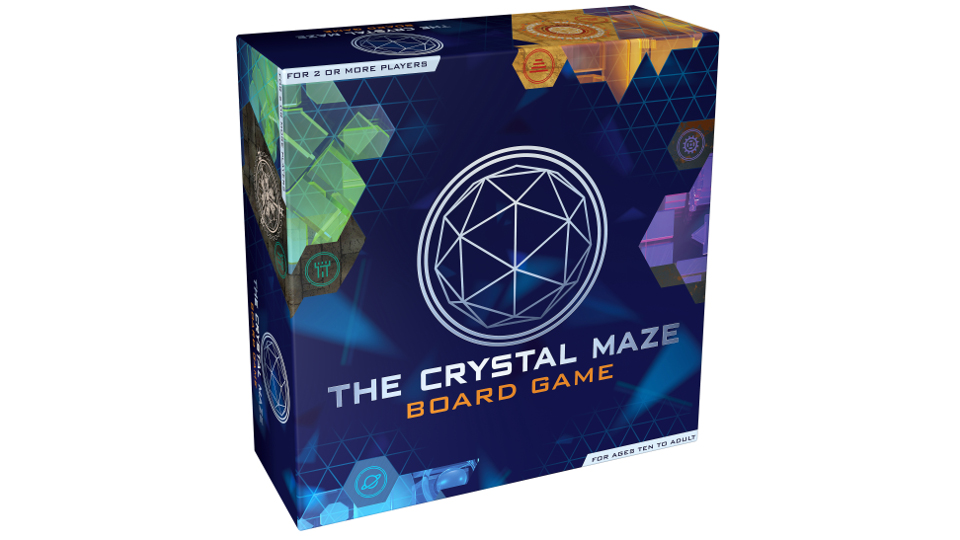 The game is suitable for 2 or more players, aged 10 and up. Teamwork is key as players make their way through the four themed time zones – Aztec, Futuristic, Industrial and Medieval – in one of two teams competing against each other. Each zone is packed with an assortment of mental, mystery, skill and physical games with success being rewarded in the shape of precious time crystals. Each crystal won means more time to spend scrambling for gold tokens in the game’s furious finale.

Each team is given one A.L.I.S card (Automatic Lock-In Situation) that can be played before any player starts one of the challenges. This means that if unsuccessful they can be ‘locked in’ for the rest of the game unless they are bought out with a crystal, so players must use this wisely!

Rascals has also developed an official smartphone app called “The Crystal Maze: Game Timer” for both Android and Apple iOS devices. This free app features authentic music and sound effects from the show and can be used as a timer for games in the four zones and for the Crystal Dome finale.

The Crystal Maze Board Game is available from Debenhams, John Lewis, WHSmiths and Amazon UK priced at £35.

The Crystal Maze Board Game details

For 2 or more players