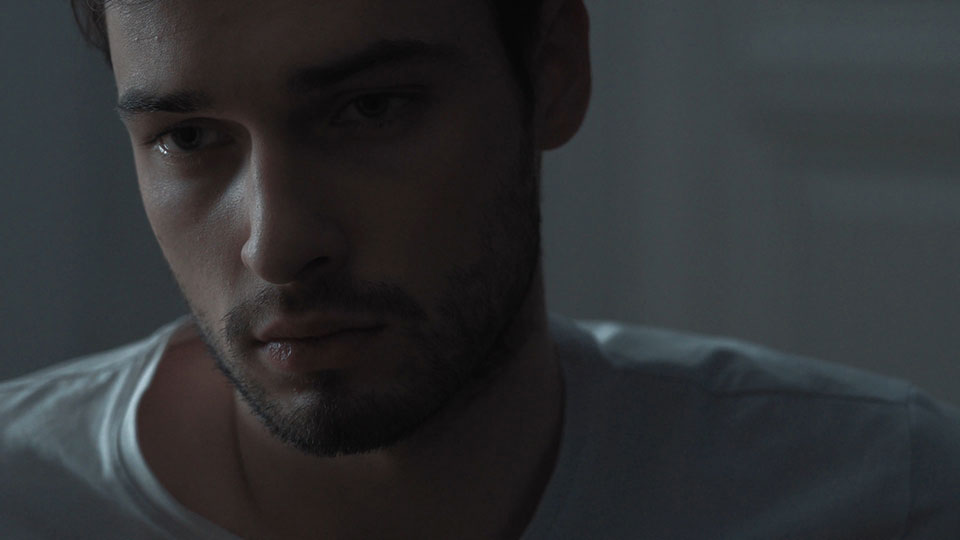 Testosterone is a collection of four gay-themed shorts from around the world and it’s another foray into the short film world by TLA Releasing. Featuring four very different shorts, Testosterone loosely hangs together as a cohesive package but as is always the case with shorts, the quality varies significantly.

The release opens with End of My World, which focuses on a man who is struggling to deal with the end of his relationship. We see through flashbacks that he could see the end was in sight but chose to ignore it, pissing off some of his friends in the process. In the present day he connects with another man but can’t let himself give in to the relationship, still hanging on to the fading hope that his former love will rekindle their romance. It’s a strong start and also the longest of the four shorts contained here.

A meditation on coming out and accepting your sexuality is the focal point of the collection’s second short. A middle-aged man sits in his home alone watching a young attractive gay guy on YouTube talking about his struggle to accept his sexuality. It inspires the man to open up and deliver a monologue to camera about coming out. It’s an interesting and engaging short that I’m sure many of this release’s core audience will be able to relate to.

The third short is easily the most entertaining. Killer Friends basically delivers what the title suggests. A group of three friends consider killing their friend, who one of them lives with, because they can’t bear his behaviour any more. They plot to take him on a camping trip to kill him and make sure they never get caught for his murder. One of the friends is reluctant but even she is tested once the potential victim starts spouting his mouth off and being rude. Whether he lives or dies, I won’t reveal but it’s a very witty and funny short.

The short that lets the collection down is The Surf Report. It doesn’t have the same energy that the other three have and it’s a little dull. A surfer goes missing and the short focuses on the attempt to find him but it’s underwhelming. There’s not enough story to get a handle on and next to the previous three shorts, it’s just a bit bland.

Testosterone is mostly a great watch. I would have omitted The Surf Report and the collection would have been a lot stronger. The first three shorts have their merits and are very watchable. I feel like End of My World and Killer Friends could be developed into feature length films whereas the other two are better suited as shorts. If you enjoy shorts and like to see what film-makers are doing around the globe, this release is for you.

In this article:Testosterone: Volume One, TLA Releasing