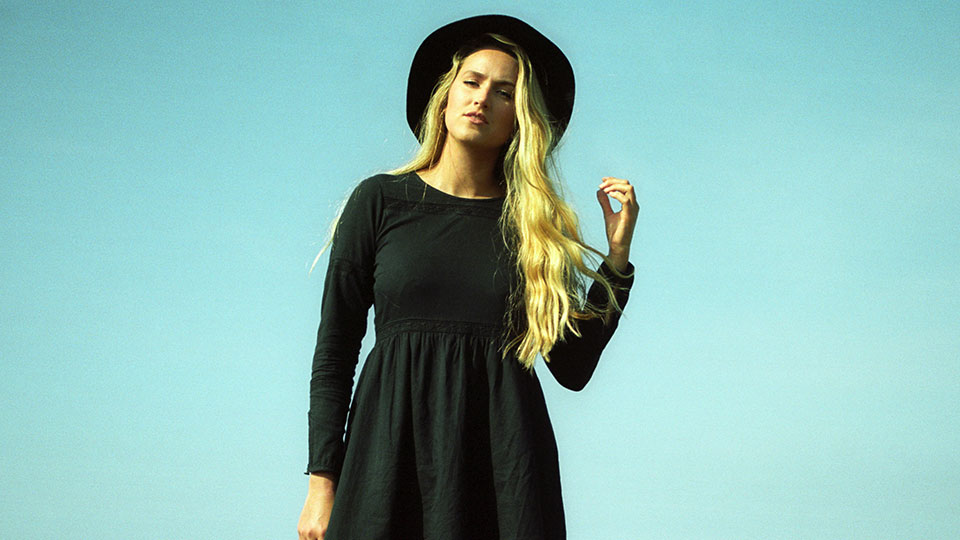 Frankie Davies will release her debut album Wherever I Go on 2nd November 2018.

To give fans a taste of what’s to come, Davies has released the lead single High on Love. The song showcases Davies’ songwriting and her vocals.

Discussing the song Frankie says, “High on Love is an unusual take on a love story, one that follows an optimist with the ability to conjure up a connection that wasn’t there in the first place. By misreading gestures of kindness for ones of affection, we see just how easy it is to run away with our ideas of love. Being high on that ideal blurs the lines of what is real and masks the truth.”

Wherever I Go has been a long time coming. It was 2015 when Davies released her debut EP Dancing All Night and she’s been working on her debut album since 2017.

“Wherever I Go is me, encapsulated,” says Frankie Davies, Jersey-born songwriter, on her highly anticipated debut album. This is an important release for Davies, in fact, she has said that “this represents me, my journey and experiences over the last 4 years.”

Davies has visited Nashville many times to write and perform. She was one of 3 UK artists selected to represent BBC Introducing in Nashville at the Americana Music Festival by BBC Radio 2’s Bob Harris.

The singer-songwriter has toured the UK and Europe with Maddie & Tae, Chris Young, Charlie Worsham, Mo Pitney & Josh Kelley. She’s also performed at C2C: Country to Country and toured with UK acts such as The Shires and Ward Thomas.

You can see Davies live at her album launch shows in November at the following dates: