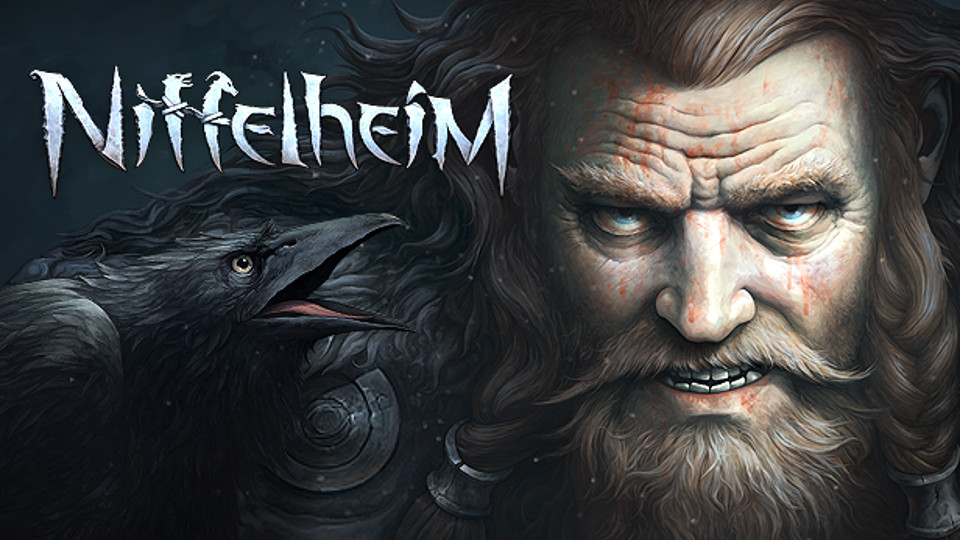 Niffelheim by Ellada Games is a game that is going to divide people as it’s definitely in the Marmite category. It is a crafting / survival game with an overarching quest goal set within the realms of Norse mythology.

Your character, a Viking warrior, has died and rather than finding eternal glory in Valhalla has ended up stuck in Niffelheim, a world in between so to speak. The world is rendered nicely in 2D and the soundtrack is very atmospheric giving the game a stark / moody feel.

At the start of the game you are given a choice of 4 characters to play, a male or female warrior, a berserker or a shaman. I have tried all of the classes and if I’m honest I haven’t really noticed any difference in how they play.

Watch the Niffelheim gameplay trailer below:

As mentioned the game is heavily based around crafting and surviving. It also has a dungeon crawling element and the overall aim of the game is to collect all the pieces to repair and activate the portal to Valhalla.

Not unexpectedly you will spend A LOT of time gathering resources whether that be wood, food or rarer items from dungeons. You have 4 crafting stations in your castle – sawmill, forge, kitchen and alchemy lab all of which can be upgraded unlocking new crafting recipes. Most resources appear to be abundant and I didn’t often feel the pressure of the survival aspect apart from managing my hunger levels which became a bit of a chore. I found crafting to be somewhat frustrating, especially when I was out gathering. There is no way of knowing what resources you might need unless you are stood at a crafting station so it’s down to you to remember what it is exactly you are after and how many of said item you need. A recipe book you can open anywhere in the game would be a welcome addition.

On top of crafting items, weapons and food you can also upgrade your castle. It starts off pretty naff but you can add walls and towers and upgrade each of these to make it more defensible. You will want to do this, especially in multiplayer as other players can attack you and loot all of your stuff. Even in the single player mode without bots (which you can choose to add) there are random events where your castle will be attacked. You can also add food resource buildings to the outside of castle reducing the grind at least for food resources somewhat.

View some Niffelheim screenshots in our gallery:

Combat in Niffelheim is lacklustre at best. You simply press one button and hold it to attack and your character will attack the first enemy in the direction you are facing. You can switch between ranged and melee although the ranged attacks are full of bugs. Most enemies do little damage and I felt very little satisfaction in any of my combat experiences. Dungeon exploration does add more difficulty to combat and there are bosses to defeat but once again this just felt like a dps race rather than being particularly engaging. One fight stands out where during a boss battle loads of skeletons spawned around me, they don’t do much damage on their own but when there’s loads of them I just found myself stunlocked unable to do anything other than die, sadly this is memorable for the wrong reasons.

To keep you motivated the game offers up quests from time to time. Most of these are of the gathering sort and simply ask you to collect x amount of an item. They are unimaginative to say the least and the rewards for completion were usually items that you can make easily yourself. They feel like they have been added as an afterthought and bring little to the game.

To summarise, this game is not for everyone, Marmite?! If you are into crafting survival games and don’t mind the grind that these sorts of games present then it might be worth checking out for this aspect alone as the crafting element is pretty deep and I’m sure will grow as time marches on. If you like a bit of decent combat in your games, however, I think you will feel a bit let down by Niffelheim.

Niffelheim was reviewed using a digital code supplied by the publisher.