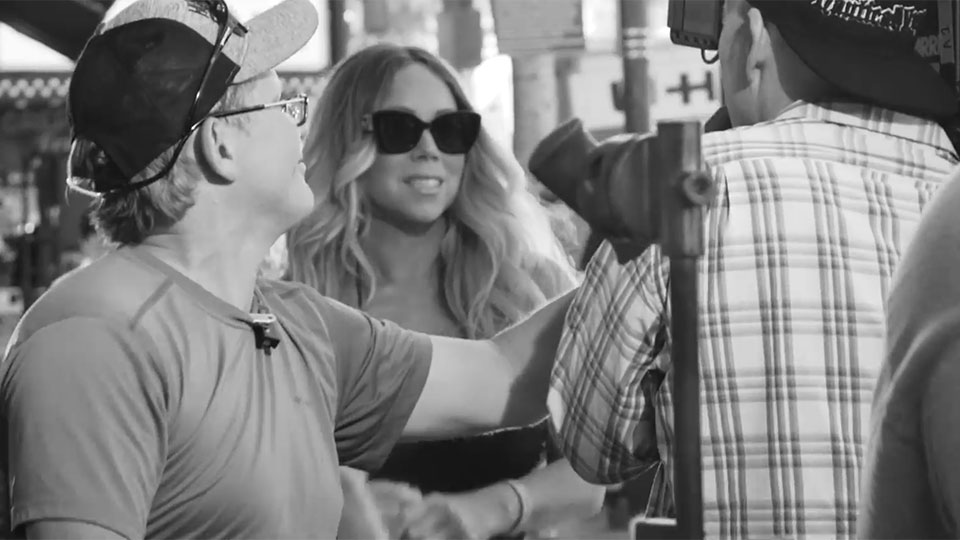 Mariah Carey is back in a big way with new music and she’s started teasing fans ahead of dropping her new single With You.

Coming hot-on-the-heels of buzz single GTFO, With You is the official lead single from the diva’s upcoming new studio album. Originally scheduled to be released on Friday 5th October, a series of posts on Carey’s social media accounts over night display a 4th October release date.

The cover artwork for the single debuted last night and it’s a black-and-white picture of Carey wearing a black dress while throwing a coat over her shoulder. The location is the Hollywood Walk of Fame. You can see it below:

Not content with unveiling the artwork, Carey also dropped a short teaser video too. The only music it features is some piano chords but you can glimpse Carey strolling through Hollywood and the footage looks like it’s behind-the-scenes shots rather than snippets from the actual video. Take a look:

This afternoon (2nd October) Carey released a second video teaser that features her husky hushed vocals. Carey can be seen lying on the floor and being playful with the camera. Take a look:

Carey’s new album with be her first since 2014’s criminally under-rated Me. I Am Mariah… The Elusive Chanteuse, which housed the hit single Beautiful featuring Miguel. Since then she’s released the singles Infinity (2015) and I Don’t featuring YG (2017) and taken up an intermittent residency in Las Vegas.

Take a minute to vote in our poll and let us know what your favourite Mariah Carey album is!

In December Carey will return to the UK for her second All I Want For Christmas Is You tour, following last year’s critically-acclaimed jaunt that saw her take the show outside of New York for the very first time.