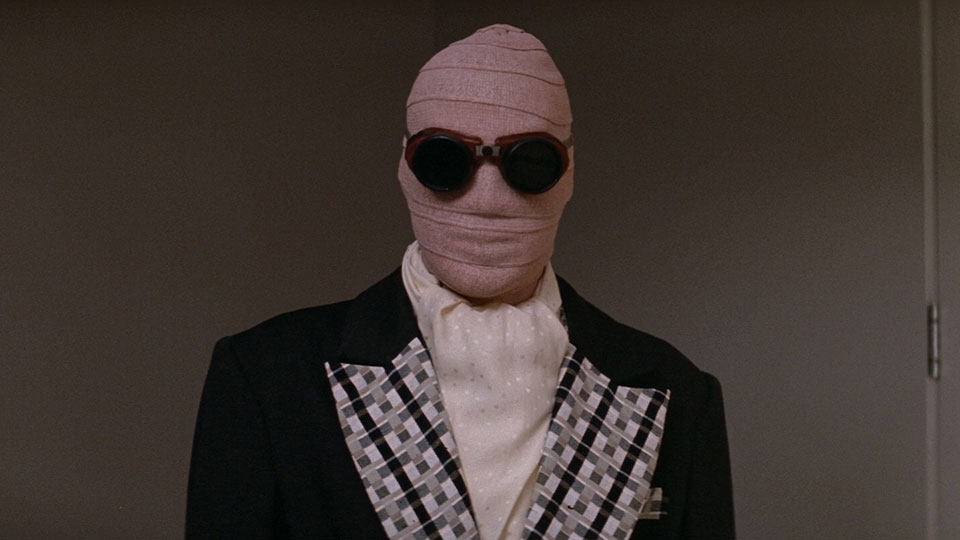 The laughs and visual effects are out of sight as Chevy Chase stars in Memoirs of an Invisible Man, out now on DVD and Blu-ray by Fabulous Films, alongside Darryl Hannah (Splash), Sam Neil (Jurassic Park), Stephen Tobolowsky (Momento, Groundhog Day) and Michael McKean (Spinal Tap, Better Call Saul).

The legendary John Carpenter (Halloween, Big Trouble In Little China) directs this classic 1992 sci-fi comedy with eye opening special effects conjured up by the dream weavers at Industrial Light and Magic. Carpenter said due to the effects work “we essentially had to shoot the same movie twice”, as after normal takes the effects team would set up their bulky VistaVision motion control cameras to film the same elements again while gathering digital data for the computer-generated imagery.

Just a quick nap and stock analyst Nick Halloway is sure he’ll emerge good as new. Instead he wakes up good as gone. Vanished. Poof. Thin air. A nuclear accident has made Nick invisible. Invisibility makes it easier to spy on agents (particularly chief adversary Sam Neill) who’d put him in his predicament. But now he can romance a lovely documentary producer (Daryl Hannah) in a way she’s never ” seen” before.

In this article:Memoirs of an Invisible Man