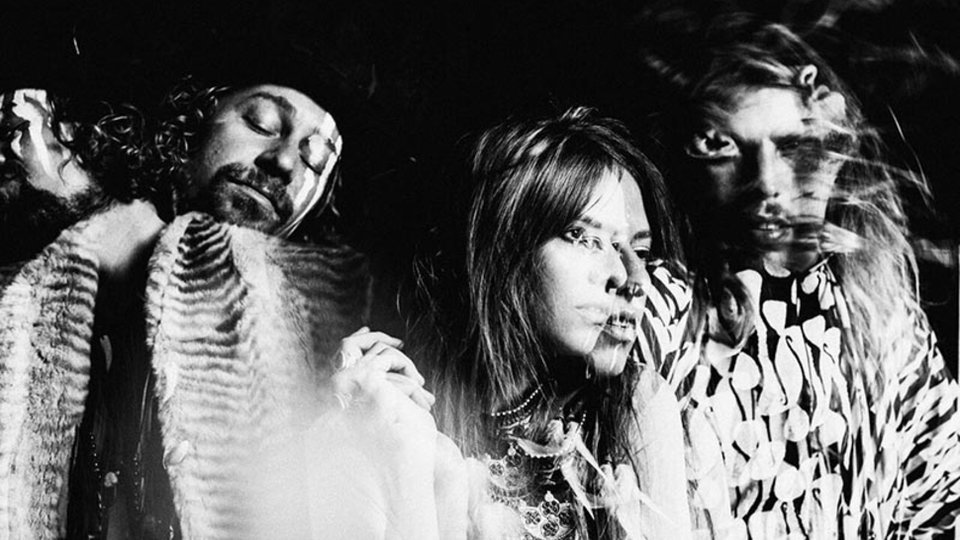 More than just the band’s name, MY BABY is a central character in the band’s songwriting a muse. She is imagined as a girl in the 70s dreaming about being a flapper girl from the 20s. My Baby is mesmerising to watch live and takes you through a magical journey musically. I caught up with the band ahead of its latest release, In The Club and up coming winter tour.

Hi, how are you today?

Very well thank you, busy in the midst of our preparation for the launch of our new album.

Where does this Q&A find you?

We are in Amsterdam (where we are based), getting ready for a live to air radio performance on Dutch station 3fm.

Could you tell our readers how the band came to be?

Joost (drums) and I (Cato, singer) being siblings, have been playing together since childhood in the family band with two other sisters and in various other groups.

After meeting New Zealand guitarist Daniel about 15 years ago, we included him in a 7-piece Soul band playing a lot of old school Funk and Rhythm and Blues.

When we continued as a three piece in 2012 we were essentially a distillation of the previous bands’ sound with the addition of Gospel and Folk roots. The idea was to emulate electronic sounds with guitars and mix it up with other traditional folk instruments on top of live drummed dance beats.

Your current single is In the Club, could you tell our readers what it’s about in more detail?

The club is a place where you can escape to and have some fun. Party, dance and get away from the pressures of normal life, but sometimes you end up having to fool yourself that it’s still part of who you want to be.

The club symbolises a faltered version of an ideal, an ideal that becomes invalid, because you can’t keep holding onto something that doesn’t amount to much outside your own fantasy, and where do you go from there? You arrive at the moment when you are surrounded by people and still feel lonely while the beat keeps pumping.

So we thought it interesting to combine quite an upbeat musical theme inspired by twenties jazz age and ragtime and a rather dark and soul searching vocal of someone not really sure of where she belongs.

Can you tell us about your new album MOUNAIKI ~ By the Bright of Night? How long has it been on the works?

Last summer we started working on an idea for an album that follows a narrative plot, based on the hero’s journey, a method of storytelling.

Mounaiki is a spirit name for the Main Character, the MY BABY character. She is in part a phantom muse, a result of the combined imagination of the band members.

We like to describe her as, ‘a girl in the ’70’s fantasising about being a flapper girl and dancer in the ’20’s’.

So the songs are loosely connected to a storyline that follows the adventures the character undertakes over the course of a night.

How does the creative process work within the band?

We often have a musical theme that requires a melody. Often Cato jams some things on a groove and we decipher some lyrics out of her melodic improvs.

Sometimes we have a story or a scene, with certain imagery. Then you try to create accompanying music that suits the mood and atmosphere. So all of us are involved in writing in some way or another.

You are touring soon, how do you prepare for events? Do you have any rituals before shows?

Sometimes we meditate a little, sometimes we do tequila shots. Or both.

Watch In The Club below:

Advertisement. Scroll to continue reading.
In this article:My Baby