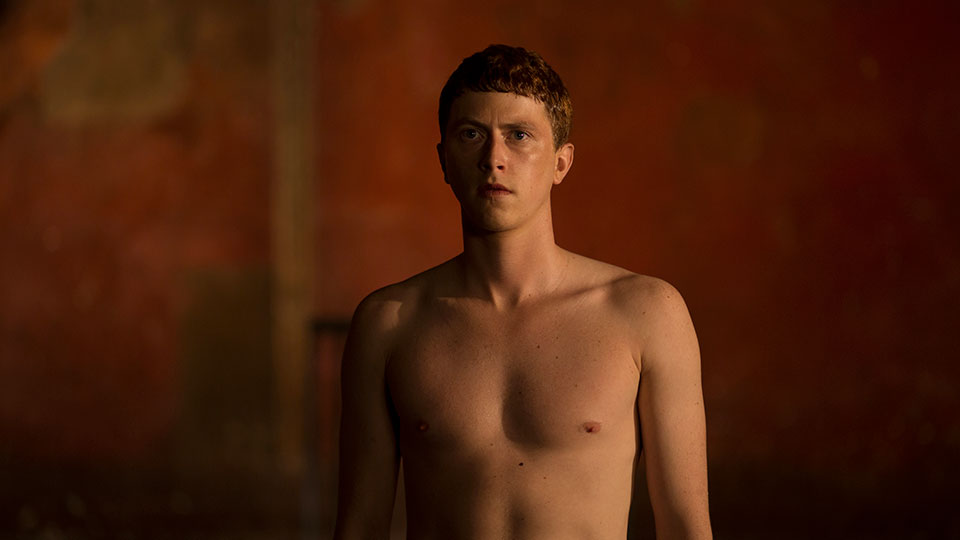 Ridiculed by his peers and treated poorly by his family, Marvin Bijoux (Finnegan Oldfield) moves away from his family to pursue a career as an actor in Paris. With his past experiences and trauma haunting him, Marvin tries to find his place in the world when a chance meeting with a drama teacher opens up a new world. With the opportunity to move on and leave his troubled past behind, Marvin tries to embrace his new life and explore his identity.

Reinventing Marvin is directed and co-written by Anne Fontaine (Coco Before Chanel) and is a coming-of-age story that jumps back and forth between two timelines. Rather than tell Marvin’s story in a linear fashion, Fontaine opts to show snapshots of Marvin’s life as a child interspersed with his journey as a twenty-something in Paris. While effective initially, the storytelling technique gets a little weary by the end of the film’s near two-hour run.

Young Marvin (played by Jules Porier) is quickly established as an outsider, not only at school but in his own home by his rough around the edges family. His peers physically and sexually abuse him at school while at home his family criticise and bully him for his burgeoning sexuality. His experiences as a child understandably shape him as a young adult, and they explain many of the issues he has in terms of intimacy, confidence and making friends.

In his 20s Marvin gets himself a sugar daddy, Roland (Charles Berling), who introduces him to theatre director Abel (Vincent Macaigne) and actress Isabelle Huppert (playing herself) at a party. He’s studying theatre and trying to put on a play based on his early life, and it’s at this point logic disappears from the narrative to be replaced by luck and chance. I felt that was a real shame as you invest in younger Marvin hoping he gets out of his situation but the stark contrast when he’s in his 20s feels a little forced.

The performances of Finnegan Oldfield and Jules Porier are the real reason you should watch the film. Both handle the material sensitively and keep the audience onside throughout. It’s also fun to see Isabelle Huppert playing herself, even if you don’t quite believe her role in the story. Grégory Gadebois is impressive too as Marvin’s alcoholic and abusive father.

Reinventing Marvin treads a very well-worn path when depicting Marvin as a boy but moves almost into fantasy when he’s older. This makes for a jarring experience that doesn’t feel authentic and or believable. The film is also too long and would have benefitted from being cut down to 90 minutes. Fontaine’s direction is strong throughout but it feels like the story got away from her a bit. There’s a positive message in here about anyone’s ability to overcome adversity but it’s undermined by Marvin achieving success through chance rather than his own drive.