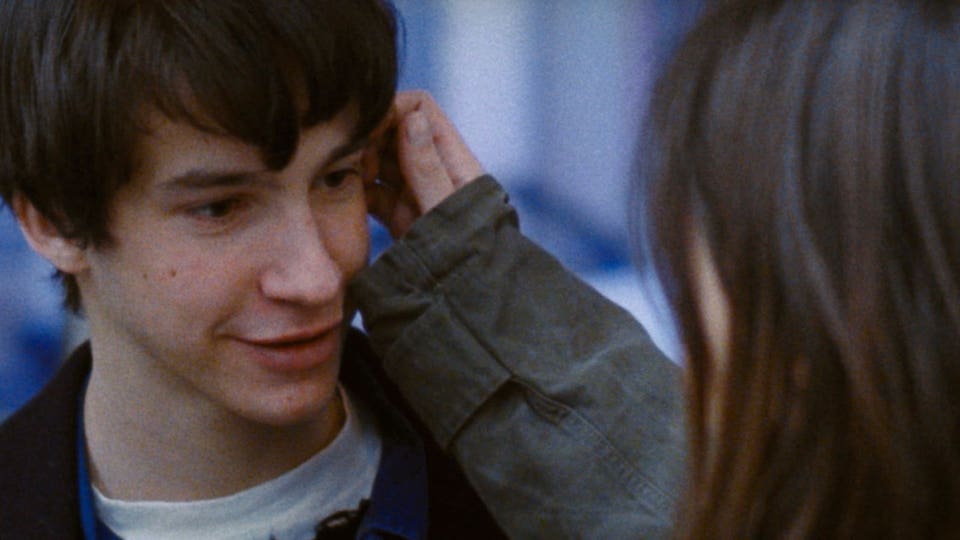 Often thought of as the debut film from French director Olivier Assayas (it was actually his fifth), Cold Water has long been unavailable outside of France due to clearance rights issues with the rock music soundtrack. With all that now sorted, and the film newly restored for the Criterion Collection, we can finally experience this highly emotional evocation of youth, love, and rebellion.

Partly inspired by experiences from his own teenage years, Assayas’s film follows young lovers Christine (Virginie Ledoyen) and Gilles (Cyprien Fouquet) living in the outskirts of Paris in the early 1970s. Shot with grainy 16mm film, Cold Water remarkably looks like a film made in 1972 rather than one in 1994. Christine and Gilles are a rebellious pair, with difficult home lives. They rage against society and their families, by taking drugs, shoplifting, and getting into trouble at school.

Christine comes from a broken home, and her father who has just won custody of her can’t cope with her self-destructive ways so arranges to have her detained in a mental facility. Gilles meanwhile comes from a more arty and middle-class family, though the estrangement is even wider. His father tries to engage him through a discussion about Caravaggio, but Gilles would rather smoke weed and play with the dynamite he purchased with stolen LPs.

At the heart of the film is an astonishing party sequence at a run down and decrepit house in the country. Unable to be contained, Christine has run away from the hospital, and she is reunited with Gilles. Beautifully lit by oil drum fires, and scored to a series of amazing rock songs (Janis Joplin, Alice Cooper, Bob Dylan, Leonard Cohen), this incredible sequence perfectly captures the emotional ache of youth and young love.

Whilst watching Cold Water, I was frequently reminded of Richard Linklater’s Dazed and Confused. Both films came out around the same time, were examinations of youth culture in the 70s, and both feature a huge party with an amazing soundtrack as the centrepiece of the film. They are also both at pains to emphasise that there has been no generational gap as wide as the one between the baby boomers and their parents who lived through the war. Tonally and stylistically of course the films couldn’t be further apart, but in their depiction of a generation so at odds with the one that came before, they share much of the same DNA and would make for a terrific ‘youth in revolt’ double bill.

A precursor to the Dogme 95 movement, and descendant of the French New Wave, Cold Water uses natural lighting, long-takes, and a constantly moving camera to give the film a real sense of immediacy. The majority of the cast are also non-professional actors, adding to the visceral realism. Virginie Ledoyen, who a few years after this would find global fame alongside Leonard DiCaprio in The Beach, is wonderful as Christine. Her outward toughness and mockery shielding her fragility. Cyprien Fouquet does extremely well also in his first acting role. In one scene, Gilles goes into the woods and recites the poetry of Ginsberg, and it is a sequence of startling beauty.

This new release comes with a new 15-minute interview with Olivier Assayas recorded exclusively for Criterion. There is also an interview with the film’s cinematographer Denis Lenoir. Additionally there is a segment from French television show Le Cercle de Minuit from 1994 featuring interviews with Assayas, Virginie Ledoyen and Cyprien Fouquet. The booklet with the disc contains an essay from film critic Girish Shambu.