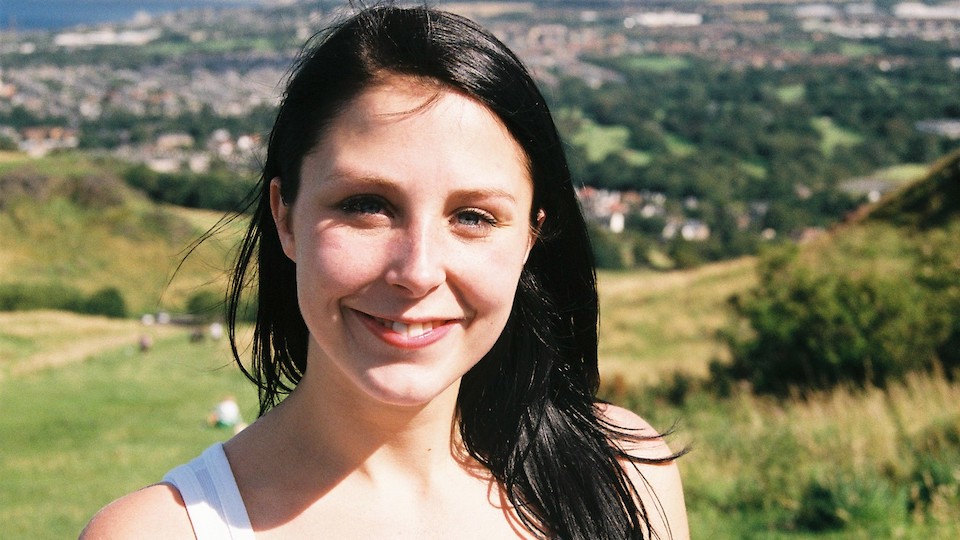 Described as the ‘Netflix of UK Stand-Up’, NextUp showcases many different acts and genres from the live comedy circuit. Sketch, characters, storytellers, gag merchants, observationalists, surrealists… all the circuit and beyond has to offer.

NextUp has been growing since November 2016, founded by the stand-up loving team behind the YouTube channel and live comedy night ComComedy; Daniel Berg, Kenny Cavey, Sarah Henley and Stuart Snaith.

I recently chatted with co-founder Sarah Henley about how NextUp is supporting comedians via a 50/50 revenue share model, and their aim is to have 50/50 male and female representation on the service. Seen as women make up half the population, y’know.

Sarah, your background is in legal and banking. It sounds very dry compared to your comedy ventures. How did it all begin?

Well, I left school and didn’t really know what to do. I had an artist boyfriend who was going to Chelsea School of Art so I thought ‘I’d better make some money’! I got a job in a law firm who said my grades were really good and offered to put me through law school. So that was a complete accident but it was with a really good blue chip law firm in town. I learnt a lot but I knew it wasn’t for me. I’d done a lot of musical theatre at school. So, I went to drama school, I did a post-grad at the London School of Musical Theatre. I did that and then toured with a couple of small shows which were pretty terrible. I started writing at that point, and my first play was about the law firm that I’d worked in so nothing’s wasted. Then, my former boss from the law firm had moved to Citibank, and he said, ‘You’re not making any money as an artist, and you’re really good, why don’t I get you in three days a week.’ I could do my art the other two. That was when I started ComComedy and I was writing and working in banking simultaneously. I didn’t consider it to be my main job, it just brought home money. It was actually useful to see how the world of business works as now I work with all the agreement deals for NextUp.

So Daniel Berg, Kenny Cavey and Stuart Snaith are all from varied backgrounds too?

How did you all meet?

I met Kenny at London comedy writers group in London Bridge then Dan came on board with ComComedy, he’d actually applied for an ad as an editor and then he joined us because. Then, we met Stuart up in Edinburgh. He needed a few things shot and we were up there with a crew anyway so we got to know each other there. When we were putting together NextUp we knew we needed a person who understood catalogue buying content so we approached him.

Obviously you’ve been compared to Netflix, was that the idea when you began or was it coincidental?

Comparing NextUp to Netflix is more of an easy way to describe what it is. Subscription Video On Demand or SVOD just sounds terrible. Saying we’re the stand up version of Netflix is an easy way to explain what we were doing but actually it’s a bit more than Netflix. We want to really support the comedians and, whilst it’s a subscription video platform in terms of the members who join it, in terms of the comedians they get a Spotify-style revenue split so they get half of anything that comes into the platform based on the minutes watched. We’ve also got a fund that they can apply for to do community projects. We promote all of their live gigs to our members, we give them free rehearsal space in London. In terms of members, they get more than you would from a Netflix style platform in that they get to come to our live recordings and they’re invited to our birthday parties. We really see them as members, we’ve got a community area where they can suggests acts for us to film and we keep in touch with them. We consider ourselves to be broader and deeper. We film comedy that Netflix wouldn’t, niche artists that are brilliant but a little bit different to the mainstream.

You’re the only female in the team. In terms of how things are run, have you been pushing to get as many female acts on NextUp or has it not felt an issue?

I think the guys tend to not see it as an issue quite so much. They’ll go and see female and male comedians and they just won’t notice if there’s more men. I’ll see the mixed bills full of men or with just one woman and it enrages me in a way that I’m not sure touches them in the same way. It has been something that I’ve pushed for, and I think now the guys are fully on board with a drive towards 50/50 in terms of representation on the platform. At the Edinburgh Comedy Awards this year, five of the six best newcomer nominees were female. We’re still in a world were we have one woman on every panel show and they think that’s alright. It was announced with such pride and you think, ‘Come on, we’re half the population, sort it out.’

Do you think confidence is growing amongst female acts? That’s perhaps why there are more female acts breaking through and hence more newcomer nominations?

I hope so. I also think that the style and form of Edinburgh as opposed to club comedy suits female comedians, or it can suit female comedians. That’s a huge generalisation. If you can write an hour of comedy and some of it’s storytelling, and it’s not expected to be a tight 5 or 10 minutes of gag, gag, gag then it’s a more level playing field. In terms of the punters who go to clubs, it’s stag and hen dos, whereas in Edinburgh it’s more of an Arts audience who have different expectations. I’m glad to see female comics doing really well but they still only make up about 25% of comedy up there. Potentially, they’ve had to worker harder to break through that far and the standards are higher. I’ve canvassed opinions from comics on our platform and beyond and they said it’s impossible. Once clubs have got one female on the bill they’ll say that’s enough, we’ve ‘got our girl.’ The reason there’s only 25% of women performing in Edinburgh is to do with representation. If they’re only seeing 25% representation on panels shows then less women are going to get into it.

The great thing about NextUp is that people can choose who they want to watch and when. There isn’t that barrier between whose comedy you can access.

Reviewing the stats recently on NextUp, 6 of the top 10 performing shows are from female comedians. That’s with just a quarter of the shows being performed by women. This is not about quota filling or positive discrimination, it’s about fostering greater understanding around the issues people face, telling more truths from different perspectives and catering to a more diverse audience who want to see women on stage.

Whoever you’d like to tickle your funny bone, there’s a host of male and female comedians for you to choose from on NextUp. Available on web, iOS, Android, Apple TV, web, Amazon Channels and Amazon Fire Stick. A NextUp subscription is just £3.50 a month with a 30 day free trial. For more information watch the below trailer.