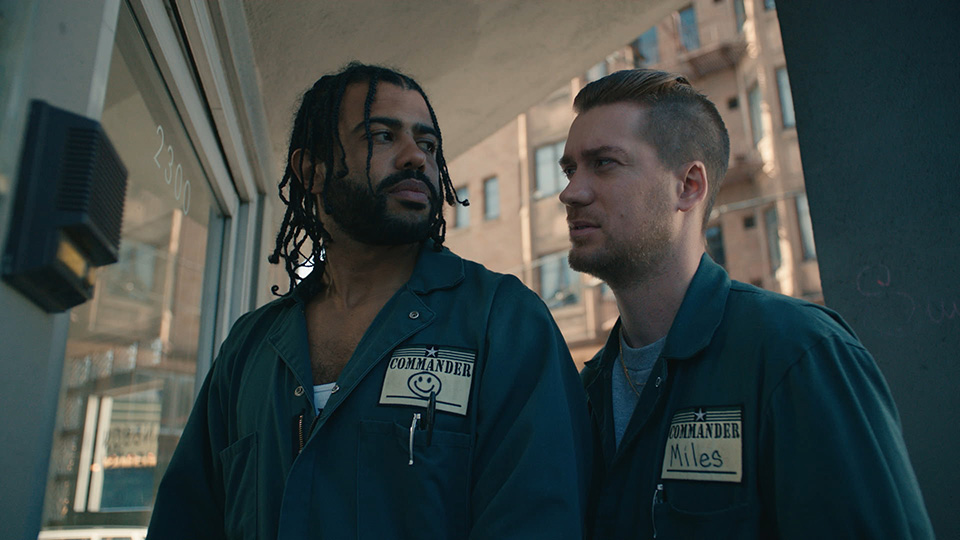 Collin (Daveed Diggs) must make it through his final three days of probation for a chance at a new beginning. He and his troublemaking childhood best friend, Miles (Rafael Casal), work as movers, and when Collin witnesses a police shooting, the two men’s friendship is tested as they grapple with identity and their changed realities in the rapidly-gentrifying neighbourhood they grew up in.

Blindspotting is a film about friendship and the intersection of race and class set against the backdrop of Oakland. The film is bursting with energy, style, and humour, and infused with the spirit of rap, hip hop, and spoken word. It’s a provocative hometown love letter that glistens with humanity.

Blindspotting is produced By Keith Calder, Jessica Calder, Rafael Casal and Daveed Diggs. it was nominated for the Grand Jury Prize at the 2018 Sundance Film Festival.

Take a look at the quad poster for the movie below: