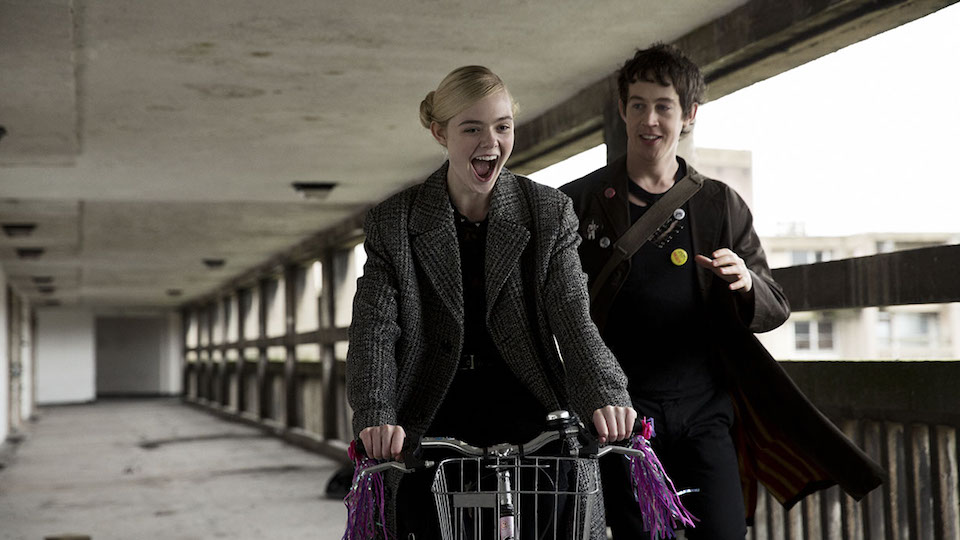 How to talk to Girls at Parties DVD review

How to talk to Girls at Parties is based on a short story by the Hugo, Nebula, and Bram Stoker Award winning author, Neil Gaiman. The film has been brought to the screen by Golden Globe nominated director John Cameron Mitchell (Hedwig and the Angry Inch), and stars Tony Award winning actor Alex Sharp, Hollywood rising star Elle Fanning, and Academy Award winner Nicole Kidman. Which is all a very long-winded way of me saying this film has got oodles of pedigree. A great cast, with a great director, based on a Neil Gaiman story, set in the punk-era – I was very excited about this film. I’m sad to say it was a big disappointment.

The film which is set in 1977, tells the story of Enn (Alex Sharp), a punk teenager, who along with his friends Vic and John, attends a house party after a gig one night, but things are not quite as they seem. The freaky weirdoes at the party are in fact aliens from another world, and Enn falls madly in love with one of them, the rebellious Zan, played by Elle Fanning.

There’s a real extravagance and wild exuberance about the film, which it obviously needs if you’re setting your story in the London punk scene of the late 70s. However, it is not nearly exuberant enough to keep this tedious nonsense afloat. The film evidently wants to say something about the individuality of the punks versus the conformity of the aliens, but it’s very incoherent, and frankly rather annoying. There’s a lot of talk about smashing the oppressors and not selling out, but thematically and stylistically it never really amounts to anything.

Alex Sharp is excellent as you’d expect, and certain to have a great career either on stage or screen or both. As alien teenager Zan, Elle Fanning is utterly adorable, and entirely believable as some sort of luminous being from another world. The rest of the cast – including Ruth Wilson and Matt Lucas – fare less well. But Nicole Kidman comes off worse than either of them. She’s obviously worked with John Cameron Mitchell before, and clearly trusts him as a director. Which is incredibly important as a performer, especially in a role where you are required to look and act completely fucking ridiculous. You just have to trust in your director and hope that their vision isn’t going to leave you looking stupid. No such luck this time, Nicole.

I could be wrong about this, but my sense around the potential audience for this film is that punks will hate it, Neil Gaiman fans will be slightly bemused by it, and John Cameron Mitchell fans will find little in this of what made Hedwig so great. Mitchell has all these crazy, visual ideas sprinkled throughout the film, but they have no impact as there is no narrative or thematic cohesion holding it together. Adding to the disappointment, the disc only comes with a single deleted scene and a few cast and crew interviews. Save your money.

The Criterion Collection: Hedwig and the Angry Inch Blu-ray review