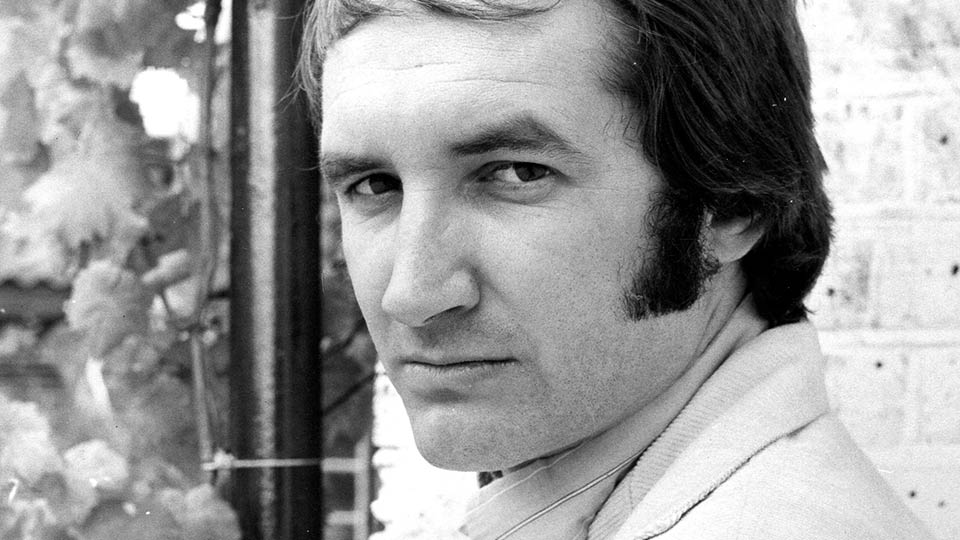 The same team who brought you in-depth interviews with Doctor Who monsters, plus the William Hartnell era and Tom Baker era contributors, now see a celebratory 40th anniversary double DVD release of definitive conversations with the stars of Blake’s 7.

Although it only ran for four years from the late 1970s to early 1980s, science-fiction adventure series Blake’s 7 garnered a huge cult following that remains loyal and fanatical to this day. Seen as something of a cousin to Doctor Who, Blake’s 7 told the tale of a gang of intergalactic freedom fighters on the run from the sinister and totalitarian Federation. It was from the mind of Terry Nation, who had earlier created the Daleks, and produced by David Maloney, who had directed many of the classic Doctor Who stories. Naturally, with the talent involved in its genesis, Blake’s 7 was always going to attract a dedicated fanbase.

To capture the personal accounts of those involved in the making of the show for posterity, those most splendid of chaps, Nicholas Briggs and Keith Barnfather, tracked down the talent and dredged up their memories, whilst finding out a bit more about their personal histories. Blake’s 7 – Seven Stars Liberated from the Classic TV Series! brings you seven of those interviews previously released as independent instalments of The Myth Makers series. And what a mountain of goodies are contained therein!

This release boasts interviews with Gareth Thomas (Blake), Jan Chappell (Cally) and Michael Keating (Vila) on the first disc, plus Jacqueline Pearce (Servalan), Stephen Greif (the first Travis), Peter Tuddenham (the computer voices) and Mat Irvine (special effects) on the second. Mostly dating from the early 2000s (bar the Michael Keating interview, which is brand new), and lasting around an hour each, the features mostly return the actors to a Blake’s 7 location as a neat background to prompt the anecdotes to flow. As with the Doctor Who releases, this one includes a brand new introduction featuring Nicholas Briggs and Keith Barnfather, and watching this is heartily recommended – the two have a ready wit and a fine rapport, and give the context to each of the interviews in ways sure to make you chuckle.

The first up is Blake himself – Gareth Thomas – giving a poignant reminder as to why this remarkable series of interviews are so important and valuable – we sadly lost Thomas in 2016. He’s speaking outdoors in the sunshine in the early 2000s, and he recounts with his wonderful, rich actorish voice his childhood, beginnings in the profession, and, of course, his involvement in Blake’s 7, including why he quit after two seasons. The most telling moments are when Briggs as the interviewer delves slightly deeper behind the actor’s mask, and beneath the jolly exterior there are glimpses of vulnerability – Thomas’ repeated insistence that he is looking for work and hoping for more television – and perhaps a few too many anecdotes about, or references to being at the bar, that hint at a cover for insecurity. Those moments are sad, but they are truthful, and they humanise the late, great Thomas. It’s a loving and respectful portrait of him that emerges.

Jan Chappell is perhaps slightly more guarded in her interview, though there are some lovely photographs from her private collection, and a story about coping as a single mother whilst working at the Royal Court and filming Blake’s 7. Michael Keating (Vila) is taken to Winspit Quarry in Dorset where he is interviewed by Robert Dick. Vila was always the most affable character in the show, and Keating appears to be as pleasant and drily humorous in real life. It’s a delight hearing about his love of rambling (the jumper suggests he may have killed two birds with one stone and stayed in the area to lead a group of keen walkers around afterwards) and how his parents instilled a love of travelling in him from an early age.

The second disc opens with Jacqueline Pearce, who played the baddie Servalan. It’s easily the most theatrical of all of the interviews, and sees Pearce reclining on a red velvet chaise lounge beneath an oil painting of her hero – Rudolf Nureyev. Beneath the luvvy-ish exterior, Pearce has some difficult personal tales to tell, but she does so with honesty and self-deprecation. Stephen Greif, the handsome actor who originated the baddie Travis, is returned to the woods where Duel was filmed, and is a natural interviewee. Actors, or those interested in the profession, will find his insights especially fascinating as he unpacks why the best choice for a character isn’t necessarily the best for an actor’s career.

Rounding out the interviews, Peter Tuddenham, who sadly died in 2007, speaks about his long life and career, and having Orac ask the questions (with Tuddenham’s voice sounding no different all those years later) was an inspired choice. Genuine eccentric Mat Irvine shows Nicholas Briggs around his home, where there is a treasure trove of models from Doctor Who, Blake’s 7, and other shows he was involved with. He talks lovingly about learning from the late Ian Scoones, and recounts the demands of working in special effects and needing to get things right first time. He also mentions other career highlights, such as Edge of Darkness, which he rightly identifies as the BBC’s greatest drama achievement.

With so many of the actors – Thomas, Chappell, Greif, Pearce – there is an adoration of the theatre that shines through. Actors of that generation were a breed apart. For those who love stories of working for Larry at the National, these insights will be an especial treat. There is one downside to this release – a name that is often mentioned (Stephen Greif even calls out to him!), who was a huge presence in the show but not present – Paul Darrow! The magical actor who played Avon with such brilliance and eccentricity is like the off-stage character in a play within this release. If only he’d featured too! It’s regrettable that there’s no Darrow, but that’s not sufficient to knock a star off – and these seven remain a joyous collection of interviews.

Huge thanks once again to Nicholas Briggs and Keith Barnfather for your labour of love in creating these professionally executed and skilfully edited interviews. Interviewing stars is not easy – Briggs’ great skill is that he makes it look like a breeze. Other fans of the shows genuinely appreciate these treasures from the archives, and it’s right that they have stood the test of time and are enjoying a new lease of life on DVD. Blake’s 7 is an essential behind-the-scenes addition to any collection. You’ll be in Blake’s Heaven!