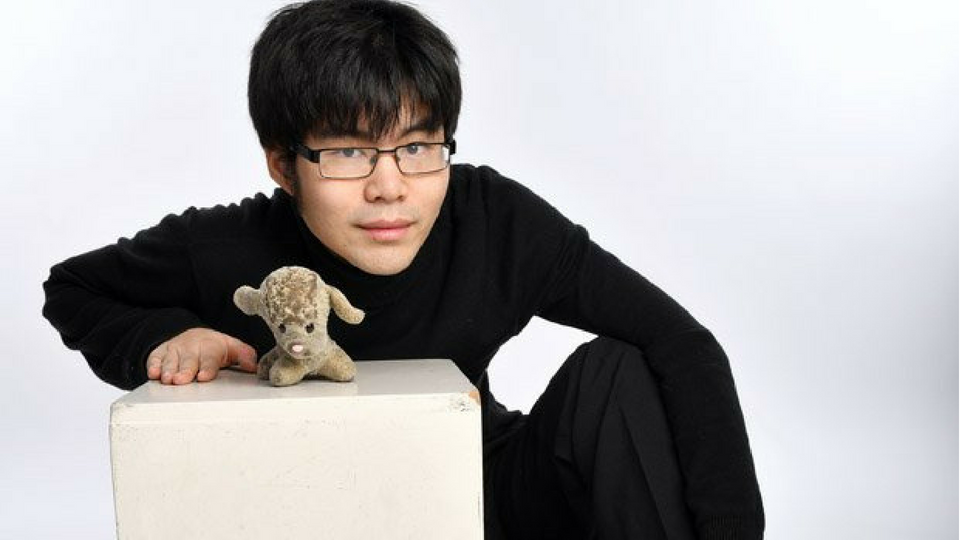 Dave Joke of the Fringe 2017 winner, Cambridge mathematics dropout and professional poker player Ken Cheng has returned to the fringe with his second stand-up hour Best Dad Ever.

Ken clearly has an assured stage presence and is already building up a fan base with a notable ‘return audience’ contingent in the show. Filling up Bedlam Theatre in a mid afternoon slot, it feels as if we are witnessing a comedian well into his stride. He has an authoritative almost arrogant air that is actually very likeable. This is an extremely well structured and formulaic comedy show.

The show’s structure is mirrored within the content itself. We are introduced to mathematical patterns that reveal structures he can find beauty and repetition in. There was a tendency for this to be slightly indulgent but it certainly served assist in unpacking the later themes in the show.

We get the sense that these patterns give Ken a sense of security that he hasn’t always had from his parents. And so, we are taken on a journey into the darkest corners of his family life, and hear stories about his mother, a Chinese immigrant. She works in immigration and Ken delivers the humour and complexities this produces in her day-to-day life. His largely absent father doesn’t seem worthy of the ‘Best Dad Ever’ Toblerone, a phrase that makes no sense to Ken on a logical or emotional level. As the puzzle unravels, we learn of behavioural patterns of his mother and father. Discovering home truths later in life, he tells us how he has been brought closer to his mum.

While this intricate web weaves the audience into a rich tapestry of Ken’s family life, allowing us to get to know him further, it feels a little hard to find all the laughs in this work. Perhaps it is trying a bit too hard to present a show greater than the sum of its parts. But, it’s a formula that certainly has a lot of comic potential. While Ken Cheng is undoubtedly carving a unique voice in the comedy landscape, there is still work to be done in this show to get the whole audience on board. It was simplistic and unadventurous in its staging and he is expecting a little too much from audiences to keep up with the laughs. But as an audience member told me after the show, he is ‘really going places and deserves to do well’. He is certainly on the right trajectory.