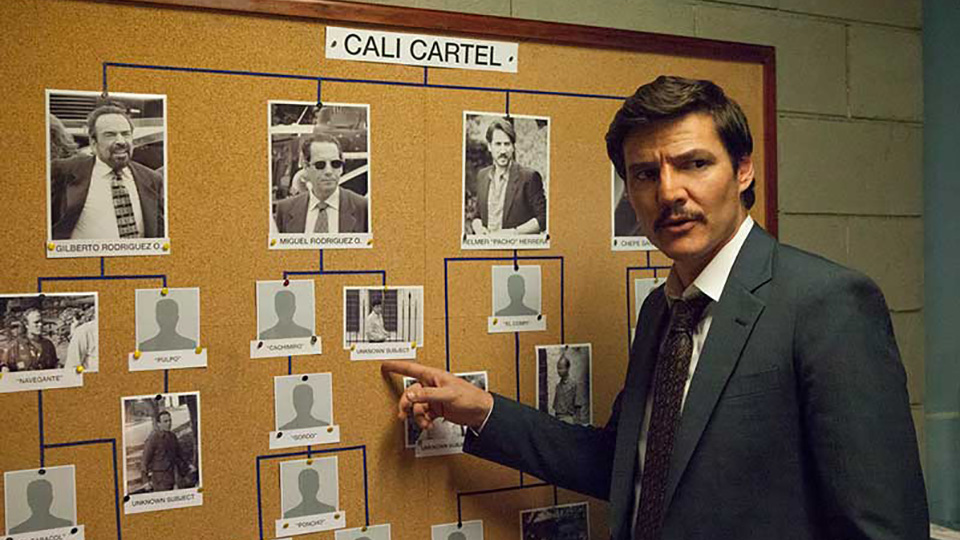 After the death of Escobar, the Cali Cartel’s business is booming and expanding its business to the US. While inviting new dangerous partner – the Mexican North Valley cartel – and becoming the largest drug trafficking group in the world, Orejuela, to everybody’s surprise, designs an exit strategy from the cocaine business and focusses on legitimate business.

Meanwhile DEA agent Javier Peña continues the fight against the cartel leaders trying to gain the trust of Jorge Salcedo, the Rodriguez brothers’ head of security, to use him as an informant. Salcedo (Matias Varela, Assassin’s Creed, Arne Dahl) risks his life to reveal the inner workings of the Cali Cartel. With the help of Salcedo, Peña finally gets close to the formerly untouchable Godfathers of Cali revealing their true reach and power, which is even surpassing Peña’s wildest imaginations.

Narcos Season 3 tells the story of the DEA’s hunt for the remaining Cali Cartel leaders after Escobar’s death in 1993. As the plot thickens the, hunt is headed towards a big showdown.

To celebrate the release we’ve got 3 copies of Narcos Season 3 on DVD to give away. Enter below for a chance to win: