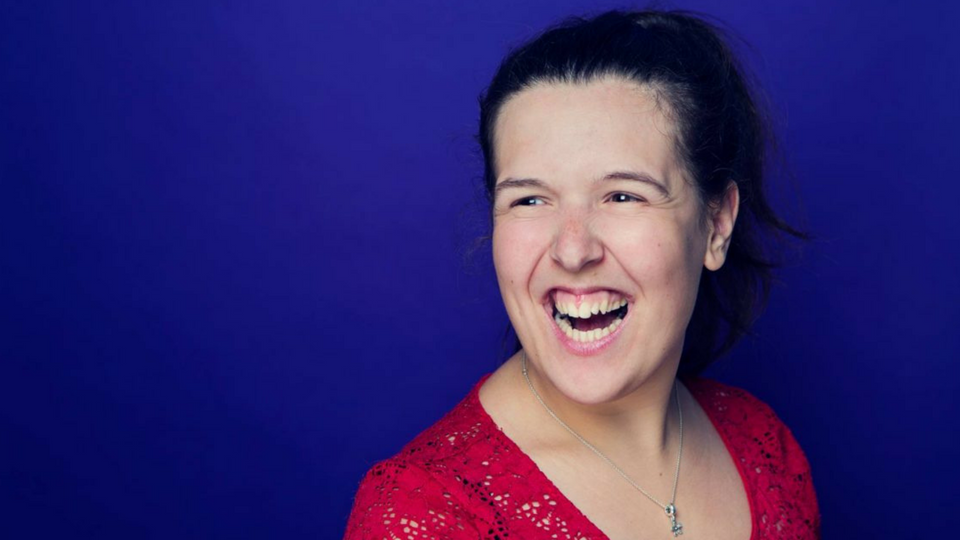 Fifteen Minutes, the hotly anticipated debut show from Funny Women 2016 finalist Rosie Jones will have you laughing from start to finish for the whole hour and will stay with you long after it’s finished.

As seen on 8 Out of 10 Cats and Silent Witness, Rosie’s comic energy shows she’s on a mission to get every single person on board with her unique brand of wickedly dark comedy. There are hilarious punchlines, audience interaction (Rosie collectively refers to us as slightly sinister chap named ‘Duncan’), expert storytelling and there’s even time to eat a yogurt.

We get to hear not just about Rosie’s life and path to comedy, which she attributes to not breathing for 15 minutes after she was born causing cerebral palsy, but also the alternative ‘able-bodied’ Rosie who by all accounts would have been a ‘slaggy prick hairdresser’. We are treated to an hilarious two-way dialogue with able-bodied Rosie at different points in the show, which adds another layer of intense humour to this show that just keeps getting better and better.

Rare for a comedian, Rosie embodies pure joy. She packs in the jokes, quick wit and has the audience in the palm of her hand. This show is the most fun you’ll have at the fringe and you’ll leave with happiness instilled in you thanks to Rosie’s infectious and playful outlook. Never mind fifteen minutes, you’ll wish the hour of laughing didn’t go by in such a flash.

Rosie appears to be having the time of her life at this year’s fringe. It’s purely down to her assured comic skills and the fact she has an absolutely cracking show.

In this article:Comedy, Edinburgh Festival Fringe, Pleasance Below, Rosie Jones