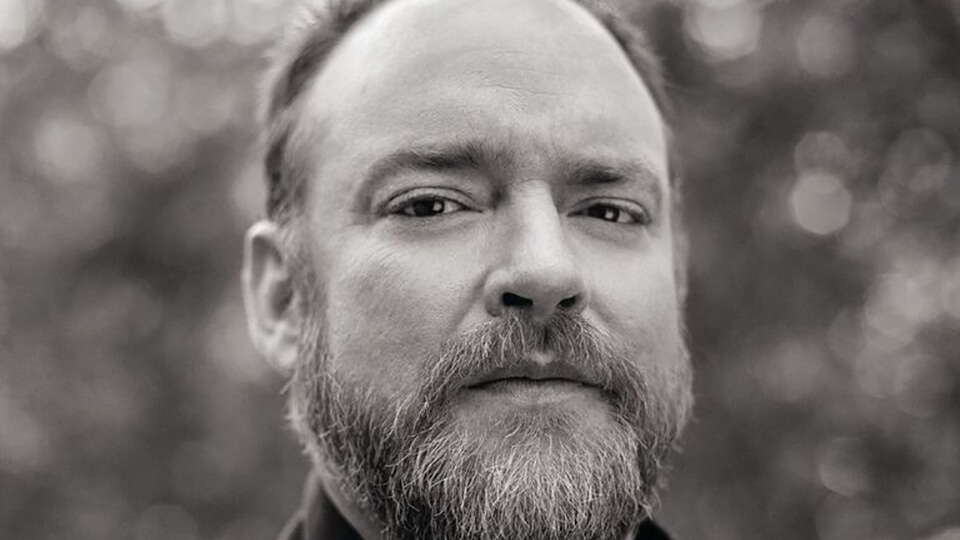 We Must Believe in Magic is his first release in more than eight years, and was created at Cash Cabin Studios in Hendersonville, Tennessee, where he worked with his parents, Johnny Cash and June Carter Cash, on much of their latter life recordings.

Having been a producer for more than 25 years now, he has six Grammy Awards and production credits that includes Alison Krauss and Union Station, Elvis Costello, Sheryl Crow, Vince Gill, Emmylou Harris, George Jones, Kris Kristofferson, Loretta Lynn, and many, many more.

John Carter Cash spoke with me about the latest release, refusing to be restricted by genre boundaries, and his love for the UK.

Congratulations on the release of We Must Believe in Magic! Did you intend to explore a range of different genres and styles on this recording?

Thank you! It has only been released on vinyl, it came out on Record Store Day, but it’s not available yet online. It will be released in September online, so, We Must Believe in Magic is going to be coming out very soon. It’s about focusing on our strengths and for us to have magic in our lives, and for us to achieve our dreams, we have to believe in magic in the first place. It’s probably my most focused album as far as what genres it stays in. It’s a spiritual album, it really is…there’s traditional gospel on the album, all the way to there’s lots of Bluegrass. Tony Rice comes in on six of the tracks, and Jerry Douglas, so it’s focused on instrumental work, and artistry, and songwriting… I didn’t write everything on the album, but I wrote a lot of them. (The process) was different for each song. One of the songs I wrote is called Heaven’s Song, a traditional gospel song, but in my mind, it had a connection to the styles of old rag-time, and that’s a song that’s sung by The Fisk Jubilee Singers. I did the album over a period of 10 years. It was eight years since my last release, but I was making it over a period of 10 years.

You teamed up with some amazing co-writers on this album, tell me about some of the artists you worked with.

I wrote a song with Shawn Camp, an artist in his own right and successful songwriter in Nashville, and Bill Miller, he’s a 3x Grammy-winning artist, and my wife Ana Cristina Cash is on the album. It’s a real diversity of co-writers on the album, and there’s a couple of songs I wrote by myself years ago, The Dungeon and Dragon Song, when I was 21 years’ old. I’d put them away, or set them aside, years ago and friends suggested why don’t you do this song, it’s still a great song, so I recorded those songs again after all these years.

The whole project had a life of its own and that’s what it’s about; first of all, follow the heart. That’s part of the fun of creativity is enjoy ourselves and follow our hearts, that’s the way I was taught, and the way I still do it today.

Did you notice many profound changes to your musical style over that 10 year-period?

My musical style is just that, it’s always changing, but it’s always the same in some ways. I have no restrictions, so who knows what I’ll do tomorrow? I may do traditional gospel, or I may do heavy metal, you just don’t know. I’ll do each with equal intensity and dedication. I want to do what the heart needs to do and that’s what it’s about.

You also produced this album, do you find you need to create the music, and then put on another hat in order to be able to produce yourself?

Yeah, or step out of the way. I like to look back in five months’ time and try to be objective. And, having been in the middle of it the whole time making an album with someone else, when you get to the end of the process, it can be a little different. You just don’t know where it will lead us. When I go creative, it can lead anywhere and I like to let creativity take the time that it needs. That’s why I like to step back for a while and see where it leads after a little time.

On this album, you’ve done a remake of Trent Reznor’s, Hurt, which was previously released by your father. Was it an emotional song to revisit?

You’ve been busy touring lately. How was your recent visit to the UK?

I’m always excited to visit the UK. It was great being connected back with my roots, my mother’s side was British, so it’s good being there and it’s always been like home in many different ways.

I still typically go every year to Scotland, I have friends there, but this time I was just in London and had the chance to promote an album I produced and it was a lot of fun. It was an album of songs that were complete works that were done by my father that different artists finished, Forever Words is the name of it. It was an honour to work with everyone from Elvis Costello to Chris Cornell. I recorded live in the studio, mostly at Cash Cabin Studios in Hendersonville which is where I’ve done a lot of my work, and where my father recorded in the latter part of his career. It’s a log cabin that’s been converted into a recording studio. We’re a modern, state-of-the-art studio, but it’s got a very rustic appeal.

Who else have you been producing at the moment we can look forward to?

I’m working with my wife, Ana Cristina Cash, she’s a great, amazing artist. I’m spending a lot of time in the studio with her which is fun, and a real blessing. Her album’s coming out very soon and she also has a Christmas album coming out. Then, I’m working with some independent artists, and I’ve also been working with Loretta Lynn’s granddaughter, Tayla Lynn. That’s fun, she’s full of energy, so I’m always doing something.

John Carter Cash’s album We Must Believe in Magic is released digitally in September. Watch a live performance of Hurt below:

Advertisement. Scroll to continue reading.
In this article:John Carter Cash