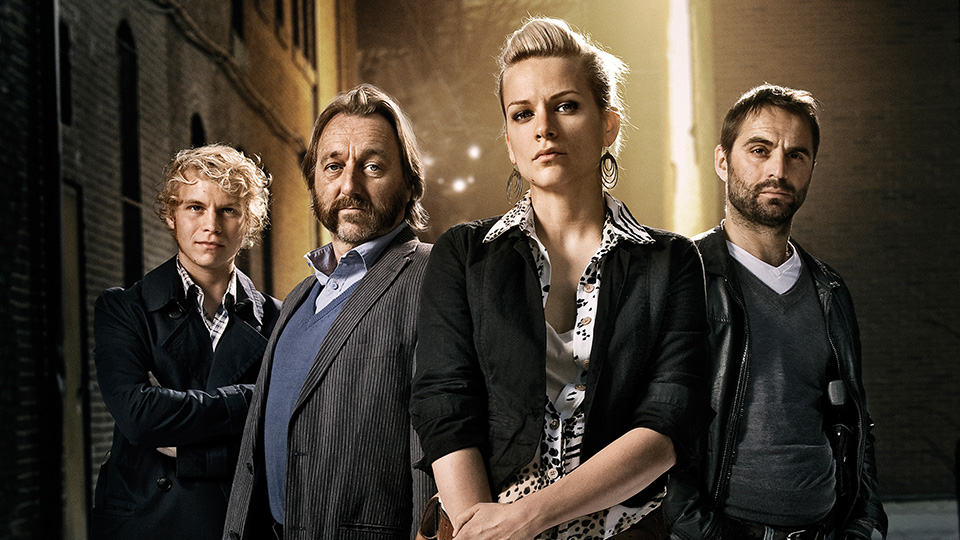 Whilst Walter Presents can often feature a show that’s a year or two old – one of its charms is its ability to find programmes that have passed by unnoticed – this is one of the oldest shows dug out of the world television archive. Code 37: Sex Crimes actually dates back to 2009, and features a Walter Presents favourite in the lead role, Veerle Baetens, who also starred in The Team and Tabula Rasa. She plays Chief Inspector Hannah Maes, a young detective brought in to head up the vice unit of the Ghent police in Belgium.

Hannah’s first case is the death of a woman in an upmarket hotel room – a death brought about by choking during sex. Investigations reveal that the victim was a frequent visitor to the hotel, always with a different male partner. On the surface, she’s a high-powered professional woman – a head-hunter for a global recruitment firm – married to a dentist with a young daughter. But she has lied to her husband about overseas business trips, when she was in fact in a local hotel with various male partners she picked up in a restaurant.

We also get a hint of Hannah’s personal life – one tainted by the sexual assault and murder of her mother. This isn’t fully explored in the first episode; but you can be sure that this back-story will be referred to in later episodes. The fact that she’s a tormented cop who has suffered a major crisis earlier in their life is typical chestnut deployed by this type of drama.

It’s not a bad story, and Veerle is – as always – excellent. It’s far from perfect, though. The sexist all-male team she’s saddled with are right out of a hackneyed 70s cop show; one a womanizer who resents having a female boss and is constantly criticising her behind her back; one a near-retirement chain-smoker (complete with dodgy facial hair); and the third is a young, nerdy recruit who is keen to impress. The characters are fairly two dimensional; something about its characterisation reminded me of the sort of bland US cop show you’d find on Alibi or Drama; rather than a (usually) more sophisticated European production we’ve come to expect from Walter Presents.

But if you enjoy your crime drama with a strong female lead (and assuming you’re okay with a fair bit of nudity and sex – they are the vice squad, after all!), then you might well enjoy this 13-part thriller from directors Jakob Verbruggen and Joël Vanhoebrouck. Although fairly unoriginal and occasionally predictable, it does have a certain naïve charm. And Veerle Baetens is always worth watching.

Code 37: Sex Crimes will be playing in full on More4 from 17th August at 9pm.