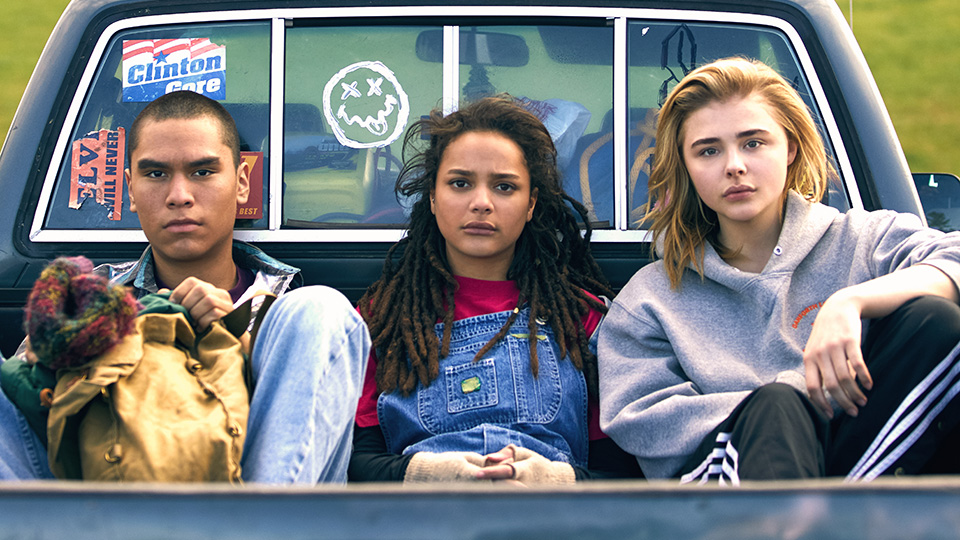 The UK trailer and poster for The Miseducation of Cameron Post have been released.

Cameron Post (Moretz) is sent to a gay conversion therapy centre after being caught with another girl on prom night. The facility is run by Dr. Lydia Marsh (Ehle) and her brother Reverend Rick (Gallagher Jr.), and aims to treat teens “struggling with same-sex attraction.” This unusual setting provides Cameron with an unlikely gay community, including the stoner amputee Jane Fonda (Lane) and her friend Adam (Goodluck). Together, this group of teenagers form an unlikely family to fight and survive.

The Miseducation of Cameron Post has its premiere at the Sundance Film Festival where it won the Sundance Grand Jury prize. The film is based on Emily Danforth’s acclaimed coming-of-age novel.

The Miseducation of Cameron Post will be released in the UK on 7th September 2018.