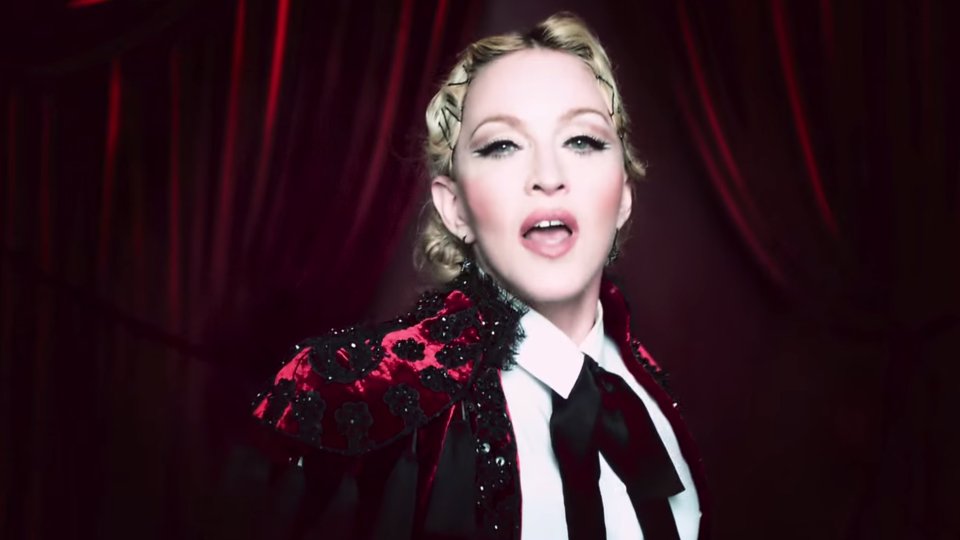 Today is Madonna’s 60th birthday and her fellow celebs have been sending her best wishes across social media. Here’s just a selection:

Quite often considered to be Madonna’s nemesis, Madge put paid to that rumour by wearing a Kylie Minogue t-shirt as she performed at the MTV Awards in 2000. Kylie has always said how she’d dance around her bedroom to Madonna and Prince in her younger years. The closest these two have got to working together is Kylie recording a version of a Madonna penned track Alone Again that featured in part in Kylie’s documentary White Diamond.

Happy birthday to Lady @Madonna!!! I’m 14 years old, dancing and singing in my bedroom and she was just WOW!!! What a force and an inspiration. Enjoy your day Madonna!!! 🎈🎤🍰

As well as taking the stage as Madonna’s Unapologetic Bitch on stage in Los Angeles, Katy and Madonna did a joint photoshoot for V magazine back in 2014 and it looked like the pair had alot of fun.

Happiest birthday to my favorite Queen and constant chameleon @Madonna 🎂

Madonna recently leant her vocals to Ari’s God is a Women video for a spoken word interlude and it seems a friendship has been formed as Madonna was just spotted at Ariana’s Sweetner Session in NYC.

The french fashion designer is responsible for several of Madonna’s iconic looks including the conical bra for the Blond Ambition Tour and the geisha look for Nothing Really Matters.

#JoyeuxAnniversaire to my long time friend, my everlasting muse and our Queen of Pop @madonna <3 pic.twitter.com/dqKMv4AEO3

Female popstar of the moment, Dua Lipa, pays respect to Madonna as a fellow Leo.  She is clearly a big fan and paid tribute to the aforementioned conical bra look when she donned a similar outfit for a performance of New Rules on Jools Holland’s Later.

To the mother of all Leo’s. An inspiration. An icon. Queen Madge. Happy 60th @Madonna 🦁⚔️❤️ pic.twitter.com/mKr5xRQ72t

Australian singer and former Savage Gardener, Darren, states that he wouldn’t be who he is today without Madonna and goes on to talk about the impact of Like A Prayer the album on him.

I wouldn’t be who I am without @Madonna – Happy Birthday, Queen.

Madonna’s Evita film co-star shared a lovely photo of the pair at a movie premiere.

Happy 60th to my queen. @madonna is the one who gave me the go ahead to be fully and completely me in the public eye whilst I chased my dreams. She changed the game for female pop artists… https://t.co/91I21rs0S4

We are celebrating Madonna’s 60th all month on Entertainment Focus.  Check out our AtoZ of Madonna Singles and vote for your favourite Madonna album.