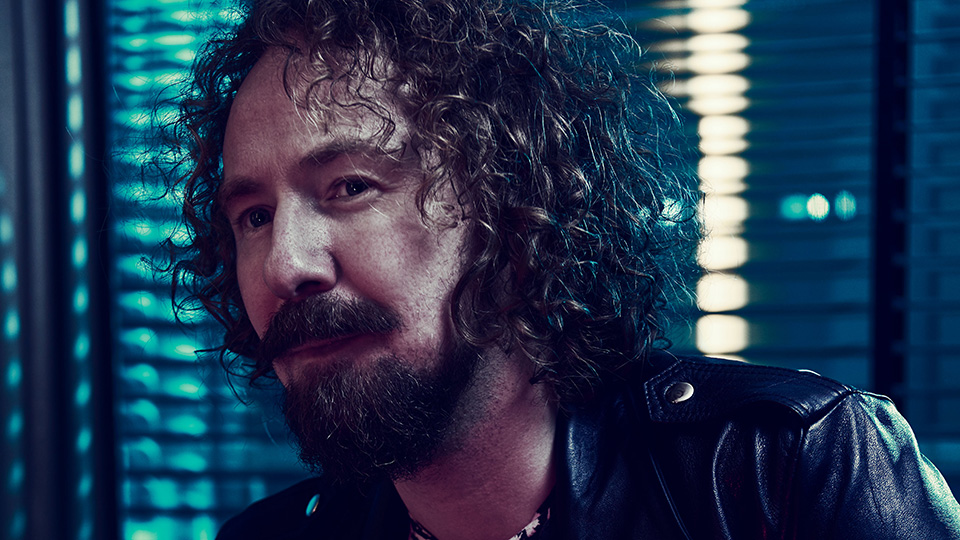 One of the highlights of Arrow Video FrightFest 2018 is certain to be Swedish writer/director Kristian A. Söderström’s feature film debut Videoman.

Starring Stefan Sauk and Lena Nilsson, Videoman is a film that combines elements of lots of different genres, crafting an original storyline. It’s thought-provoking and incredibly intense, and it’s sure to strike up plenty of conversations. I also highlighted the film in our 10 hidden gems from this year’s festival.

I caught up with Kristian to find out where the inspiration for Videoman came from, talk about the mix of genres the film incorporates, and to discuss the emotional core that runs through it.

Hi Kristian. How are you today and where are you speaking to me from?

Hi. I’m getting some writing done. Later on I will finish off with a couple of Blu-rays. Probably Drowning by Numbers and Manhattan Baby. This is a good day.

Your film Videoman will be showing at Arrow Video FrightFest this month. What’s it all about?

It’s about Ennio, a lonely man obsessed with VHS and Giallo films. He finds a valuable movie that can save him from eviction and makes a deal with a shady collector called Faceless, who’s willing to pay lots of money for the tape. When the film gets stolen Ennio starts a hunt for the perpetrator while, along the way, he meets Simone, an alcoholic woman obsessed with the 80s. As Ennio searches for the tape and begins to lose a grip on reality, his and Simone’s mutual love of nostalgia draws them together. Towards the end, the story almost turns into one of the Giallos Ennio likes to watch.

On the surface it’s a film about VHS collecting and 80s love. We have a great soundtrack released on Lakeshore Records. Thematically, it’s a movie about loneliness, passion and addiction.

What was the inspiration behind the story of Videoman?

The starting point of this film was me meeting a video store owner who had not taken a vacation for 14 years. This was back when video rental stores where still around. He seemed to be imprisoned by his passion (films). The thought of how something you love can lead to loneliness and exclusion was something that really appealed to me. I wrote a script back then that was brought to my attention again a couple of years ago. I became interested in how this man of habit, that probably lost his job, his passion, would cope in the digital world of today.

One of the things I love about the film is that it’s a real mix of genres. There’s elements of a thriller in there, drama and a bit of comedy too. How did you manage to balance all of those things into a cohesive film?

I’m really glad you mention this. Genre mixing is a subject that lies close to my heart. Sometimes I read reviews saying “the director couldn’t decide which genre the film should belong to.” It makes me irritated that this is seen as a bad thing. Why should you have to stay in the confines of a formula? I think that is very limiting when trying to make interesting movies. If a film makes it very clear what to feel at every given moment I lose interest. Films that stay very close to genre rules often become predictable, in my opinion.

I want to make films with characters that feel real. I want to surround them with the atmospheres you can find in genre cinema, mostly horror. I’m also fond of black humour. Of course there can be a problem putting many different elements in one film. It can leave the viewer disoriented. There definitely needs to be a feeling of unity. I think genre bending can be pulled off with a strong tone at the film’s core. This is what I tried to do with Videoman. Production design, cinematography, music, sound and so on must speak the same language. Feelings created must not speak the same language. For me Todd Solondz’s Happiness induces different feelings at the same time, sometimes contradictory feelings. Still every frame of that film belongs to a cinematic universe unique to that movie. That makes it cohesive, in my opinion.

I was surprised, and caught off-guard, by how emotional I found the film. I was really invested in both Ennio and Simone as they were such beautifully written characters. How hard was it to bring that human connection story to life in amidst everything else that goes on in the film?

Thank you very much. I think that making characters rooted in reality is the key to emotional resonance, whatever genre you’re going for. For me story and character compete for attention. Obviously the best way to avoid this is to integrate character and story. I tried to (do that) but ended up with two parallel storylines, the romance and the hunt for the film. I tried to make them as integrated as possible. It was a balancing act, for sure. Sometimes I felt that the film had too many things going on. 20 minutes was left on the cutting room floor.

Stefan Sauk and Lena Nilsson are absolutely incredible. What did you do to help them create the chemistry that is the heart of the film?

The chemistry was there, from the beginning. That was essential when deciding on using them together. Over the scope of a feature there will of course appear situations when actors loose their way, because of bad scriptwriting or something else intruding on the fiction we try to create. I can think of very few situations like that though. We talked a lot about the characters before hand, both about physical and psychological behaviour. Maybe some of it lies in the story, that they can relate to each other, both being lost in time. They are terrific actors, most of it comes down to that.

What would you say was your biggest challenge while making Videoman?

I would say everything that wasn’t creative work. A first-time producer and a first-time director trying to get money and support from an industry created for veterans. If we would have chosen to make a Nordic Noir or a comedy, it would have been easier. It was a pretty tough journey, but also a very exciting one.

You’re obviously very passionate about film. What film do you wish you’d written and directed, and why?

That is a very hard question…I will go with The Servant by Joseph Losey. It’s an amazing film in every way. The script, the acting, the camera work. Next level.

I’m writing a new feature that I hope will be my second one. It’s a psychological horror film. I want to do it in English, in England.

Why should people buy a ticket to see Videoman at Arrow Video FrightFest?

Beside Giallo film fans and people involved in the 80s nostalgia wave, I think horror film buffs and movie collectors can relate to the main character. It’s more a film about this community then a horror film per se. Videoman would love FrightFest.

Videoman receives its World Premiere at Arrow Video FrightFest at 6.30pm in the Cineworld Discover Screen on Sunday 26th August 2018. You can watch the trailer below: