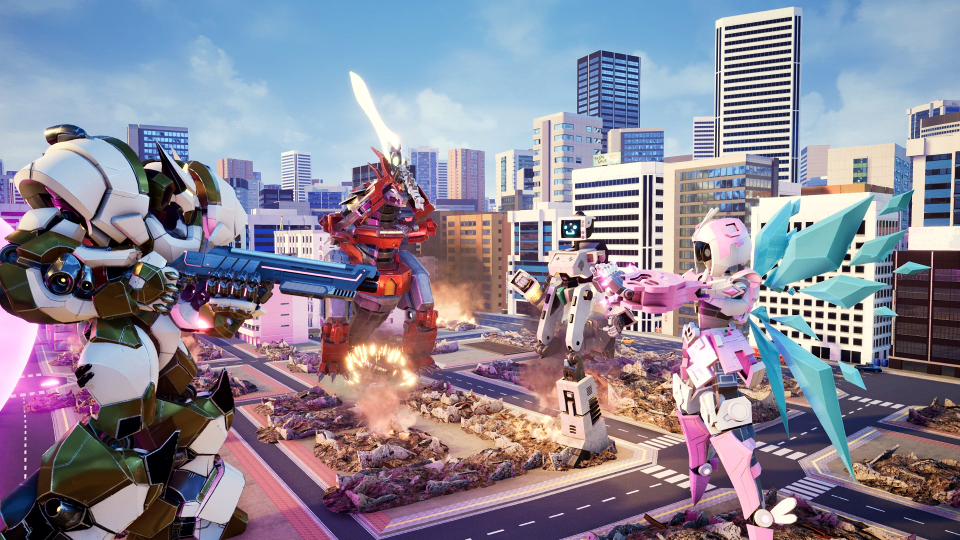 Override: Mech City Brawl is getting a Closed Beta event this weekend and will be running August 10th-12th, 2018. Players will be able to flatten cities inspired by real-world locations as a range of towering characters, including an enormous lizard mech called MetaGeckon and a fish-luchador hybrid bot named Pescado

The event will give players the chance to experience the fast-paced mech brawls while the developers get a feel for the overall balance of the game. While streaming of the event is only allowed on PC, participants can play via PlayStation 4 and Xbox One as well. Players interested in taking part in the beta can sign-up via the official website.

The full game will include the features listed below, but not all features will be present in the Closed Beta.

Players can pre-order the game now. The Super Charged Mega Edition includes the Season Pass, delivering 4 extra mechs and 16 new skins post-launch, as well as instant access to 12 legendary skins normally unlocked in the Standard Edition. Override: Mech City Brawl will be priced at £29.99 for the Super Charged Mega Edition and £24.99 for the digital-only Standard Edition.