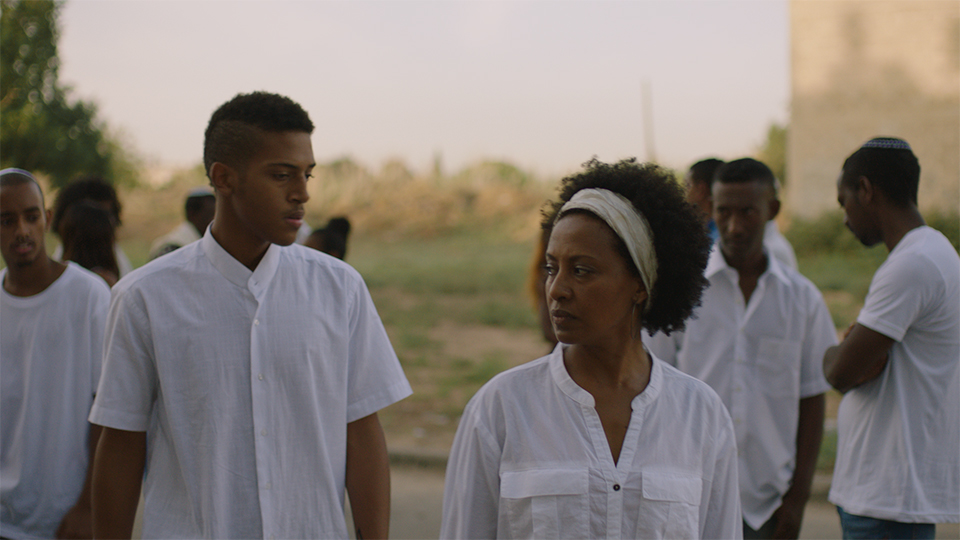 Once again Walter Presents gives us something new and original in global television; this time, it’s an Israeli thriller set over the period of Yom Kippur.

If you want to avoid all spoilers about Walter Presents: Mama’s Angel, we suggest you stop reading now.

One of the many aspects to enjoy about this 10-part series are the different threads to the story. After seeing just one episode, it’s hard to tell how each thread is connected – but I’m sure that over time each will unravel, and the proverbial pennies will drop. It’s a trick used extensively in drama these days – ITV’s Unforgotten uses it brilliantly – with seemingly unrelated events, characters and storylines gradually culminating in one multi-layered tale.

The main storyline of Mama’s Angel features Yael Tamir (Sharon Stark) and her family; her self-absorbed husband and their two kids. The father, Eythan (Yehezkel Lazarov), is a fitness freak who enjoys punishing himself with long and exhausting runs up a local hill. The mum, Yael, is a prison therapist who is handling a disturbing case of an accused child killer.

In another narrative, we meet an Ethiopian family, Nigist Emanuel (Tehilla Yashayauh) and her son, Rafa (Yoni Meles). When they visit their local synagogue, Nigist is clearly getting looks from her neighbours about something (“as if her prayers will be heard – no way!”, says one neighbour). Encouraged by her son to go elsewhere, they walk to another synagogue where they receive a warmer reception. Particularly so for Rafa, who meets a girlfriend and sneaks off into the night with her.

And attending the same synagogue are the Schneider family; Eran, Dina and their teenage son, Amnon, who has learning difficulties. Amnon is seen walking the streets later that night, clearly distressed at something. But what has he seen?

The final scene sees Yael wake up the morning after Yom Kippur. She prepares breakfast for the family, but it soon dawns on her that her seven-year-old son, Kfir, is missing. She wakes up the rest of the family and goes searching for the boy. When she leaves the house and walks up the local hill – the same hill her husband and son were running up the day before – she comes across her neighbour’s dog. The dog has blood on its muzzle, and before she long she makes a horrific discovery.

After one episode, there are so many questions: Who has been painting graffiti on the war memorial at the top of the hill? Why is Nigist being ostracised by the people at her synagogue? What has upset Amnon? It’s a clever ploy to make you want to watch more and get these questions answered. And it works – one episode in and I’m hooked.

Everything about this drama is top quality – it was nominated for Best Drama Series in its homeland; it looks great, and the script is engaging and intriguing. I look forward to learning more in the coming weeks.

Walter Presents: Mama’s Angel will debut on Channel 4 at 10pm on 12th August, with the entire series available All 4 afterwards.

In this article:Mama's Angel, Walter Presents