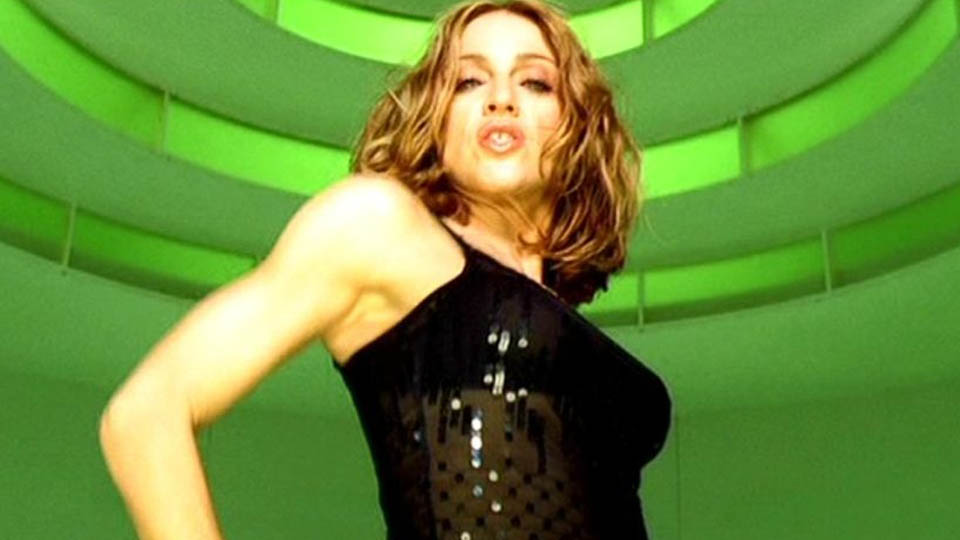 Today is brought to you by the letter B.

B is for Bitch I’m Madonna.  What other song sums up Madonna’s undisputable self-belief and knowing than one who’s title says it all! The third and final single from her most recent album, Rebel Heart, Madonna worked with dance producer Diplo on the track which also features a guest rap from Nicki Minaj (her third appearance on a Madonna track following Give Me All You Luvin and I Don’t Give A). Bitch I’m Madonna wasn’t the big chart hit that it deserved to be and proved quite divisive with fans, but the video did boast a series of high-profile cameos (admittedly many phoned in) which has seen it reach nearly 275 million views. We love it for it’s in your face attitude and playfulness.

There were some incredibly strong contenders for the letter B; the sultry Bad Girl, the psychadelic Beautiful Stranger and even trippier Bedtime Story, 80s tastic Borderline and the rare Burning Up. Which would’ve been your pick? Tell us on our social media channels @entfocusmusic, whilst you’re at it, what shall we choose for the letter C?

See our other choices (updated daily) in our  Madonna A to Z of singles.