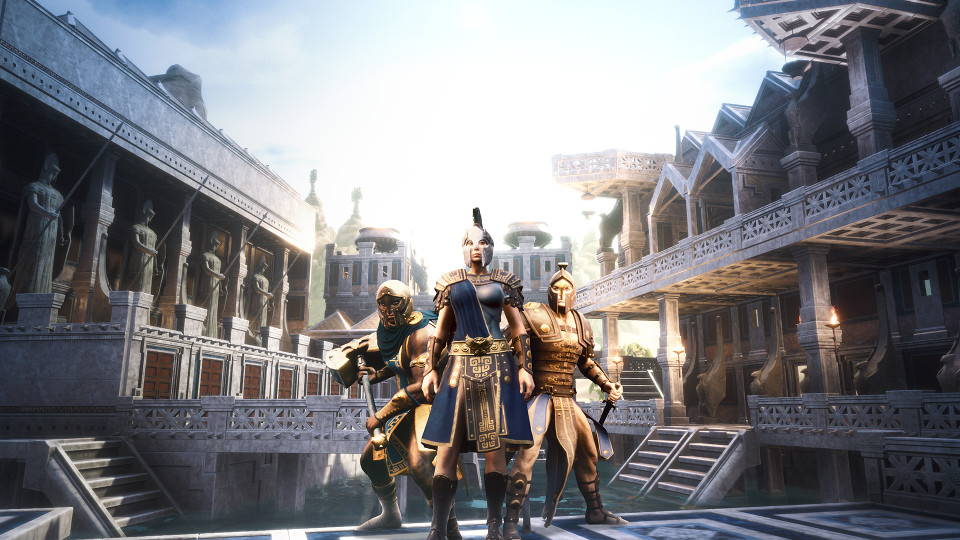 Funcom has released the second DLC for Conan Exiles, the studio’s open world survival game which launched in May this year. The DLC, named Jewel of the West, introduces Aquilonia-themed building pieces, weapons, armor, furniture, and more. In Conan lore, Aquilonia is the center of the civilized world and the new content allow players to build homes and monuments in the grand style of this great nation.

For more information about the Jewel of the West Pack, check out the official blog and the Steam store. The DLC is available on PC, Xbox One, and PlayStation 4 at £7.99. In addition to this new DLC, the development team is also hard at work on one of the biggest free updates to the game yet.

Watch the Conan Exiles – Jewel of the West DLC trailer below:

“The team is currently working hard on finalizing a massive free update that we’re aiming to launch in September. This update will introduce pets and taming, an entirely new gameplay feature. We’re also adding a new dungeon, a new religion, a new avatar, and more. This update will be free for all players on all three platforms.”

Conan Exiles is an open world survival game set in the savage lands of Conan the Barbarian. After a successful Early Access run starting in January 2017, the game launched in full on PC, Xbox One, and PlayStation 4 on May 8th 2018 and became one of Funcom’s best-selling and fastest-selling games to date. Check out the official Conan Exiles website for more information.

See some screenshots from Conan Exiles – Jewel of the West DLC in our gallery:

Advertisement. Scroll to continue reading.
In this article:Conan Exiles, DLC, Funcom, Jewel of the West, PC, PS4, Steam, Xbox One