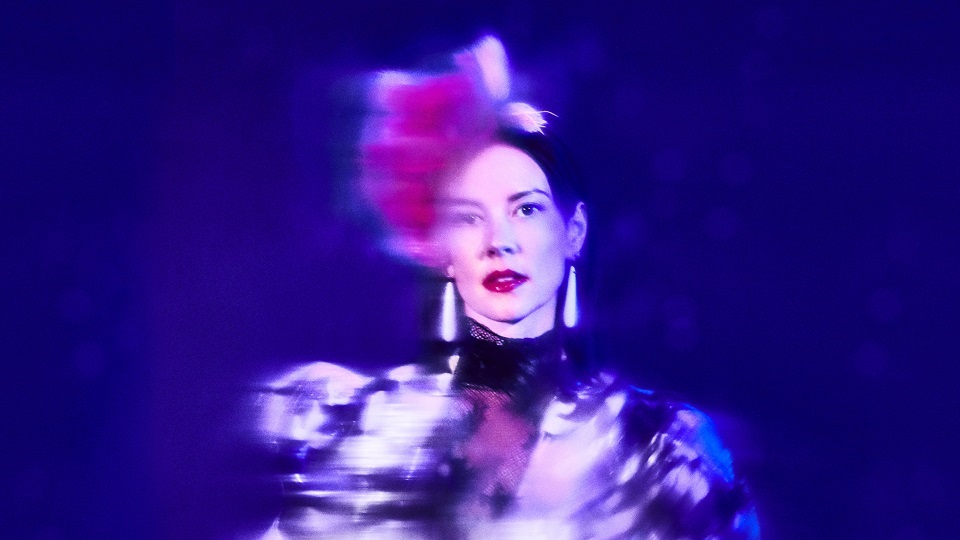 Since releasing her debut album in 2005, Amanda Shires has built a reputation as one of the most talented singer-songwriters and fiddle players around. A fixture in her husband Jason Isbell’s band The 400 Unit, she’s also carved out a successful solo career and performed with the Billy Joe Shaver, The Texas Playboys and John Prine. Now she’s back with her fifth record, To The Sunset, produced by Dave Cobb.

The album opens with Parking Lot Pirouette, and right from the off we’re in very different territory. Shires has said she wanted to experiment with her sound on this record and she’s definitely done that. The electronic intro moves into a lush slow melody, offset by pedal effects and Shires’ vocals, which start off breathy before bursting forth in the chorus. It’s got a 90s rock feel with an ethereal edge and I can imagine it sounding great live.

To The Sunset is an incredibly diverse album with a huge range of influences. The piano-led Swimmer has an old-school folk feel about it, whilst Leave It Alone’s poppy feel and distorted, layered vocals put me in mind of ABBA and the bluesy Eve’s Daughter reminded me of late-era Beatles songs.

What brings the whole thing together is Shires’ gorgeous vocal, which put me in mind of artists like Joni Mitchell and Carly Simon. By turns delicate, rich, soulful and sweet, you really feel the conviction in her voice as she sings. A great example of this is Charms, an emotional tale of family and challenging gender norms. It starts off soft and subdued then builds to a biting, defiant chorus with lush harmonies and haunting background vocals, which capture the struggle to move on and resist looking back. She’s also got a lovely clarity to her voice and a little bit of drawl, which comes through particularly strongly on the surreal White Feather.

Throughout the record I was really struck by Shires’ skill as a lyricist. She captures little snippets of life extremely well and is able to convey powerful feelings whilst being incredibly frank, with her vivid and detailed songs almost being more like poems set to music. One of the best examples of this is the rock-influenced, bittersweet Break Out The Champagne, which starts off slow before breaking into a driving beat. Shires brilliantly contrasts the uptempo, optimistic melody with darker lyrics and captures the big picture of dealing with the difficulties of the world as well as personal problems. She also has a great sassy turn of phrase in the final verse about a friend casting off a lover who rejected her, declaring ‘I’m rock and roll and you’re golf’.

For me two of the standout tracks on the album come towards the end. The 70s rock and roll of Take On The Dark, an ode to holding on during difficult times, strikes an ideal balance between Shires’ light vocals and the atmospheric melody. ‘It’s OK to fall apart’ Shires repeats on the soaring chorus, almost as if she’s trying to convince herself as much as the listener. Meanwhile, the shimmering Mirror, Mirror brilliantly captures the overwhelming feeling of struggling with anxiety and low-self esteem. Shires’ quavering, high-pitched vocals reflect the uncertainty in the lyrics and the swirling emotions and confusion of her character, whilst the layered, fuzzy strings add to the tension and despair. It’s an unsettling, lingering song and one of the most affecting moments on the record.

Shires closes the album with Wasn’t I Paying Attention, a tale of a man whose friend dies by suicide in a remote Alaskan town. The grungy intro and wobbling effects make the lyrics even more shocking, and Shires does a great job of realising the isolated setting and the song’s characters, as well as the protagonist’s guilt and regret about not seeing the signs. She really brings the characters and story to life and the sense of sadness and loss stays with you for a long time after the record is over.

Overall To The Sunset is a powerful, rich album which draws on 70s and 90s rock influences whilst sounding modern and fresh. The simple arrangements allow Shires’ voice and lyrics to shine and she has a real gift for conveying her message, being to-the-point and speaking about serious issues without being overwhelming or preachy. If you haven’t heard her music before, then this is a great introduction and will make you want to dig deeper into her back catalogue; if you are, it highlights her strengths whilst exploring new avenues for her music. It’s a brilliant piece of work and hopefully one that will bring her some richly-deserved attention for her talents.