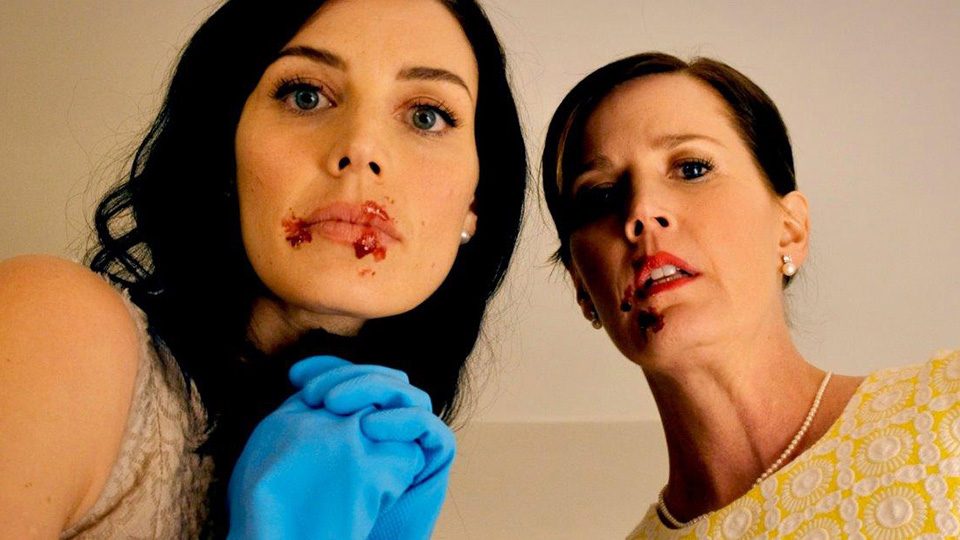 Arrow Video FrightFest 2018 finally arrives this month and as we wait, the line-up for this year’s Short Film Programme has been unveiled.

Showcasing the best in short film from the UK and around the world, this year’s festival will feature shorts from 10 countries across five continents. The line-up also includes upcoming and established filmmakers.

The shorts tackle many different themes and staples of the genre from girl power to monsters, love to science fiction, and of course downright creepiness.

Programmer Shelagh Rowan-Legg said today: “The short films at Arrow Video FrightFest have incredible sights to show you, from haunted houses to frightening forests, to monsters from beyond the grave and ones a little too close to home. With shorts from the as close to home as your local night bus to as far away as the wilds of Tasmania, with stars stretching their talent to new actors and directors making their break-out hit, these short films offer the best from new and established filmmakers, shaking the foundations of fantastic genre film.”

This year, the First Blood strand includes three shorts by up-and-coming UK directors:. Beware of insects in your hotel room in Fran & The Moth; the countryside might not be the best place to be on your own in The Lonely and some teenagers never learn in Mannequins.

There is also a world premiere screening of Joanne Mitchell’s Sybil. Fresh from producing and starring in Attack of the Adult Babies, this ‘deathly love-story’ marks Mitchell’s directorial debut.

The full line-up of shorts is:

We Summoned a Demon (London Premiere)

They just wanted to be cool. Instead, they got a demon.

An unhappily married couple tries to ignore the grotesque, dripping stain that is growing on their ceiling.

Carol invites Annette over for homemade pie and after much prodding divulges her special secret ingredient.

While searching for an endangered animal, Eddy gets bitten, and that bite is more infectious than it looks.

In a post-pandemic society, a vampire in hiding is forced to make a stand when confronted with the oppressive regime.

Upon encountering his sleepless mother, a young teen quickly realizes things are not as they seem.

Upon going to lock his front door late at night, Steven discovers some rather odd intruders.

Two friends spend their night off watching scary movies until they uncover something much more sinister than what they’re watching on screen.

Christmas is coming, and Lily has to contend not only with a clueless partner, but also an unexpected, inter-dimensional holiday guest.

Who’s That At The Back Of The Bus (World Premiere)

Alone on the top deck of the night bus, Joyce is haunted by an unlikely apparition.

Two opportunistic highwaymen seek to take advantage of a young woman who is stranded alone in 16th century Romania.

A man cruises around late at night looking for something. Unfortunately, he has picked the wrong girls.

In a poisoned sea, on a forsaken rock, a holy sect seek to bring about a new era, but Morgan discovers their intentions are not wholly pure,

When a woman has a foreboding dream, she must find out its meaning before it is too late.

There Are No Dividends (European Premiere)

Darren has a great new invention and wants to recruit the best and brightest. Unfortunately, the hotel wants money for the room he has ‘rented’.

Stuck in a stagnant routine, JD finally does the unexpected, only to wish he hadn’t.

A district nurse is assigned a new patient and she discovers that the patient, and the home she inhabits, are hiding a dark secret.

Marta’s dream profession is to be a serial killer, and she wants Carlos to be her first victim.

A young woman becomes anxious at the news of the return of her husband who disappeared 30 years ago during the civil war.

A woman protects her dying child from a demonic force with a single weakness – a ring of salt.

A fire has broken out, and it’s up to the firefighters to save the day! But what other disasters might befall them?

A lonely mortician finds herself caught in a rather odd love triangle.

At an after-school drama lesson, Emma finds out that her best friend Jess has thrown their long-term plans out the window, causing Emma to see red. And green.

Birthdays are a time for the whole family to come together.

The lady who lives in room 406 hates the cigarette smoke from downstairs, but when she goes to complain, the neighbour says something odd.

The Cost of Living (World Premiere)

In the city of exorbitant costs, how far would you go to pay your rent?

After 10 years of hiding, Stephen confronts the Salesman to whom he sold his soul, unaware that the demon has fallen in love with him.

Kevin is haunted by grief and has questions that only the recently deceased can answer.

A lonely woman succumbs to the desires of a mysterious man, who wants to possess her in more ways than one.

A dark fairy tale about a young girl who loves birds, and the very strange thing that happens when she tries to protect a wounded crow.

Having dreamed of the perfect wedding, Laney wakes up with the world’s most unwelcome guest in her bed.

A woman enters into a surreal battle with a moth and her sanity.

A man escapes to the country side to be alone.

Four friends visit the abandoned Carpenter Hill Hospital for laughs and scares, unaware of the true darkness that waits for them.