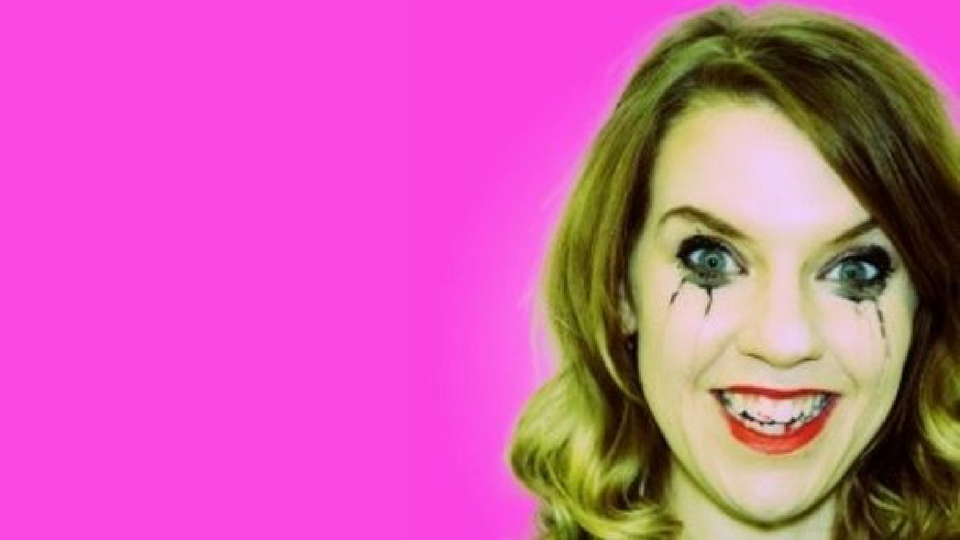 Mindfulness coach Katie McLeod has used material from her own experiences to form her debut Edinburgh show Losing My Mindfulness at the Natural Foods Kafe as part of the PBH Free Fringe.

However, while the performer enlists the audience as willing participants in her latest workshop, the subject matter is much closer to home. Katie says she bases the show on events from her own life having found herself in circumstances in which she was subjected to emotional abuse. Afterwards, she says, she struggled for a while as the situation had taken up all her space and  confidence.  She explains how she moved out of London and felt compelled to write something to highlight the effects of such abuse. “I realised I had to do something where there was action on stage, and not retelling the action, so that’s when I came up with the idea of  a mindfulness workshop, where the tutor – me – falls apart on stage.”

Keen to share her experiences in a way that will find broad resonance with fringe audiences, Losing My Mindfulness aims to shine a light on the warning signs of emotional abuse in a way that the comic believes is “funny, sad and important.”

The show’s promotional blurb asks “do you want to feel calmer, more focused and relaxed? Imagine a life where daily stress just floats by like a cloud in the sky, not a rain cloud, a nice one, a fluffy one.” However, there’s a storm on the horizon as the cracks begin to show in our protagonist’s realities.

I caught up with Katie to find out more about the background to the show and what’s in store. Katie says, “I used to give mindfulness training for the workplace and I use the techniques on stage with the audience. It was while I was doing the sessions that I’d call my friend on my break and cry about how my life was falling apart – while simultaneously having to teach people how to be mindful.”

When asked what she hopes people will take away from the show, she responds, “I hope I’ve written it so that it’s rich enough for everyone to take something away from it. It’s sort of the precursor for the situation I found myself in. I hope people will realise the warning signs of emotional abuse.”

What , then, have been the biggest misconceptions around the show while previewing it? “All the self-help books I use for my set on stage are my actual books, someone thought they were bought as props but I’ve actually read them all!”

Did she plan to tell such a personal story for her debut show? “I did try and interview people who’ve been in similar relationships, but it made sense to sort of hang everything on my experience. Using my own authentic experience instead means that if people don’t like it, at least they can’t say ‘oh that was a load of bullshit’ as it happened to me and is my lived experience.”