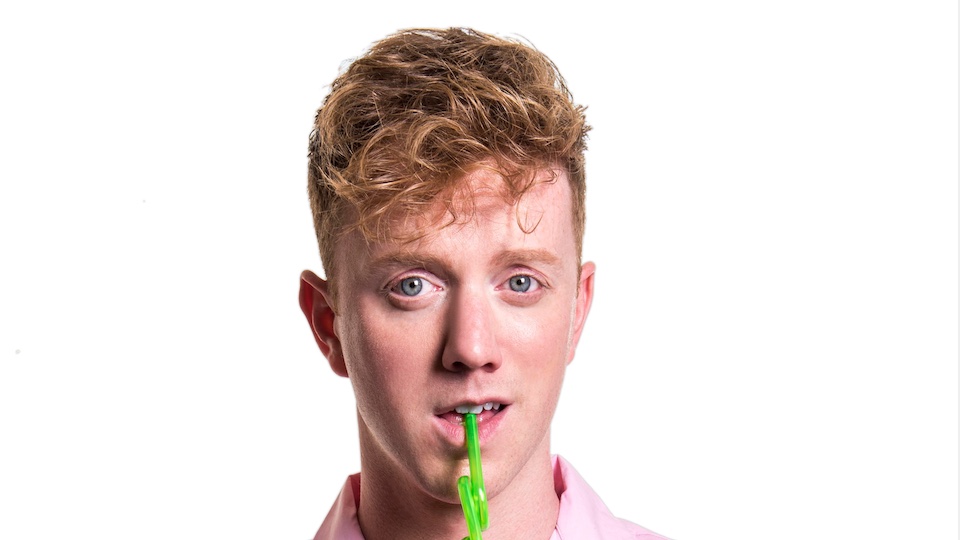 James started out in radio at the age of 15, he currently presents ‘Hits Party’ every Friday night on the UK’s new national station Hits Radio and also writes a music column for the UK’s most popular Gay magazine, Attitude. He’s also co-host of comedy award-winning LGBTQ+ podcast ‘A Gay and a NonGay’.

James, 29, hates being single, and thinks dating in 2018 is a disaster. So he’s turning the audience into a human Tinder experiment in a bid to find ‘the one’. Audience members will get the chance to join James on stage for a speed date as he ‘swipes’ the audience to find his betrothed.

Discussing his first solo Fringe show, James said, ‘I’ve been moaning to my friends about how single I am and how annoyed I am with the dating scene and ‘swiping’ and how shallow that all feels. Thirst Trap’s premise is that I am owning the dating scene and swiping the audience in the room. Tinder is so shallow, we’re not looking for something meaningful we’re just looking for someone ‘hot’. If you are looking for something more meaningful it can be quite damaging to your mental health because you get ghosted. It sounds quite ‘deep’ but it’s going to be a very funny show. I’m after my ‘Disney Prince’. I’ve been waiting my whole life waiting for someone to come and save me, I’ve been lied to by Disney and apps.’

In a live version of the board game ‘Guess Who?’ meets ‘ITV’s Take Me Out’ scenario, each member of the audience will be tapped on the shoulder by James if they are to sit back down, their romantic hopes dashed. At previews so far, James reveals that he has been ‘booed’ during the tense face-to-face rejection process.

James added, ‘I have to say to the crowd “This is exactly what it’s like on Tinder, you just don’t do it to someone’s face!” It’s quite funny when they boo. I date at various points during the show, there’ll be three speed dates where I’ll ask questions and they’ll ask me questions. There’ll be marriages and quickie divorces during the hour. I’m on quite late [9.50pm] so everyone should be feeling a bit loose by then. They will leave feeling happier. If I do find a connection with an audience member in the show it’d be the Disney ending I’ve been after! I’ve been warned by my agent not to let that happen until the end of the run, though.’

Only one way to find out whether it’s true love or continued heartache for James – get involved this August at The Attic, The Counting House, Edinburgh. Time: 21:50 Duration: 1 hour Tickets: Free

James and his ‘A Gay and a NonGay’ co-host Dan Hudson will also bring the podcast to Edinburgh Fringe 2018 for two nights from Thursday 16 – Friday 17 August.