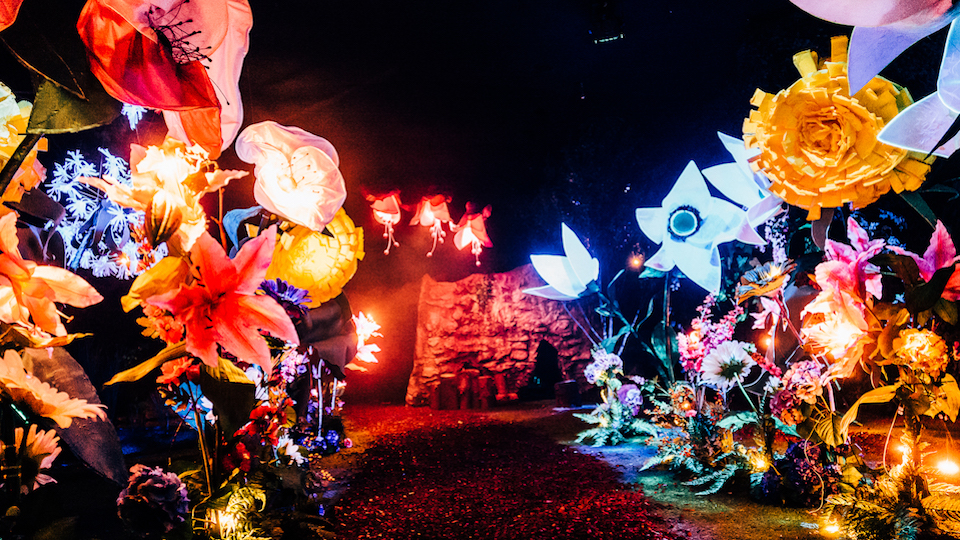 The Vaults UK bring an eclectic and masterful soundtrack from Disney’s Fantasia to life but there’s a twist… Have you ever wondered how Alice felt when she fell down the rabbit hole into wonderland? Well then take a leap of faith and stumble into the colourful and musical masterpiece that is Sounds and Sorcery.

When Fantasia came to life almost 80 years ago its simple pairing of cartoon and classical music oozed elegance and fun for all. It allowed our imaginations to run wild and begin associating the Nutcracker Suite with dancing pixies and toadstools. It paired ballet with an ostrich and hippo in Dance of the Hours. And, most importantly, it brought us the Sorcerer and his Apprentice.

It proved that there’s no limit to one’s interpretation of the music, now Sounds and Sorcery is bringing this back to the fore and reminding us that our imagination should run wild once more. This retelling will be timeless, giving audiences new thoughts and feelings to the same music from all that time ago, and make it personal to them. With hidden fun in each room children can explore and control the environment around them; they won’t just watch Fantasia, they will live it.

You’ll be mesmerised by the interpretive dances and projected images, the dancing on the ice rink and the flashing of the toadstools. You’ll laugh, dance and immerse yourself fully in the sounds of Disney like never before.

Sounds and Sorcery has seamlessly made it something new and exciting whilst still staying true to elements of the original title. From the moment your journey begins be prepared to be hypnotised as you delve further into the world of Fantasia. And as this is something to be experienced to believe I won’t give too much away. Other than…From start to finish you’ll become one with the music. Starting with the hypnotic suite you’ll be transcended into a world where nothing matters but the music around you. It flawlessly shuts all other noises out as you experience a private concert for one.

You’ll be mesmerised by the dancing and swirling trumpets, violins and harps, bringing literal goosebumps to your body and nothing but a new appreciation for the music as it takes over. You’ll be transported to a world of fantasy and magic in a way that makes you forget you are literally underground.

So take a stumble into this underground wonderland and experience Fantasia as it was meant to be experienced. Live and in stereo. This is sure to be a hit with all ages, fun for the whole family, and an experience that you surely won’t forget any time soon. It’s exciting, energetic and simply mesmerising.

In this article:Disney, The Vaults