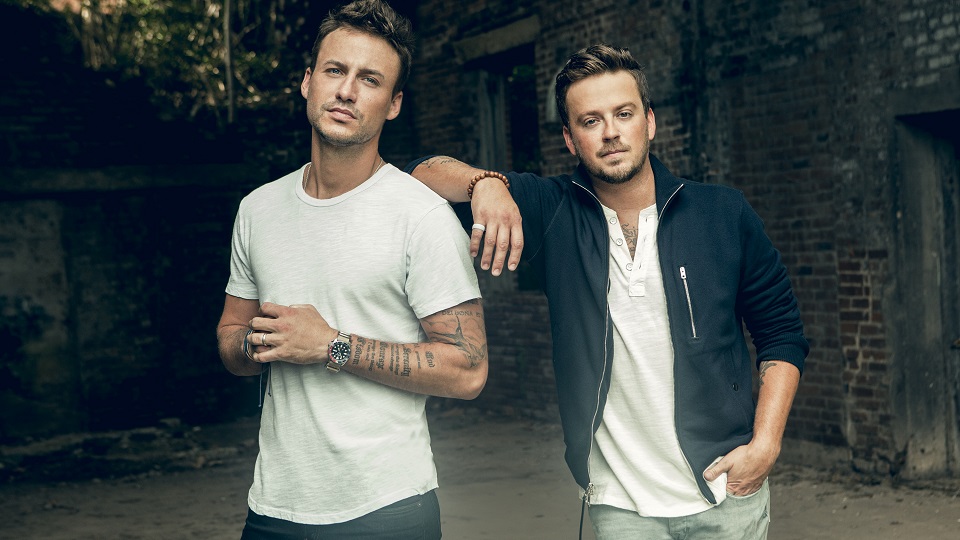 Country duo Love and Theft have released the video for their latest single You Didn’t Want Me.

Inspired by 1940s film noir, the black-and-white clip has a vintage look with crackle and spot effects on the film. It tells the comedic story of a man whose ex-girlfriend reappears in his life after he starts dating someone new. Band members Eric Gunderson and Stephen Baker Liles perform the midtempo, lighthearted track in intercut shots.

The video was very much a family affair, with Gunderson and Liles building the sets alongside Gunderson’s father and their friend Clint Hazelgrove. Gunderson’s sister Rebekah also stars in the clip as the ex-girlfriend.

You Didn’t Want Me is taken from Love and Theft’s upcoming fourth album, which is due to be released on Curb Records. Their most recent record, Whiskey On My Breath, was released in 2015 and reached the top 30 on Billboard’s Top Country Albums chart.

Love and Theft formed in Nashville and released their debut album, World Wide Open, in 2009. Their debut single Runaway reached the top 10 of the Billboard Hot Country Songs chart the same year, and they scored their first number 1 with their 2011 song Angel Eyes. They’ve also been nominated at the CMA Awards for Vocal Duo of the Year and New Artist of the Year, the ACM Awards for Top New Vocal Duo/Group and Top Vocal Duo, and the CMT Award for Duo Video of the Year for their 2012 track Runnin’ Out Of Air. The band are spending their summer out on the road, performing at festivals across the US as well as in Switzerland and Austria.

Advertisement. Scroll to continue reading.
In this article:Love and Theft