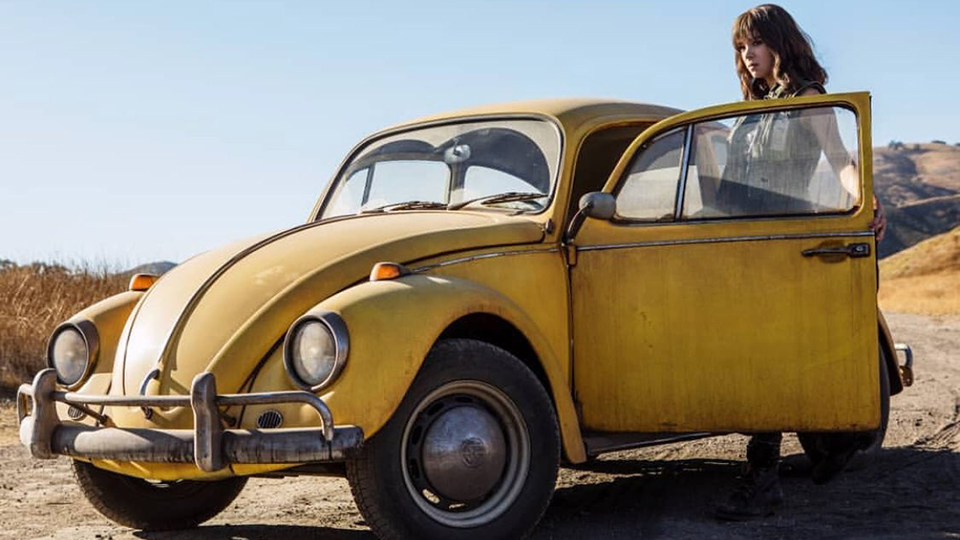 Transformers fans still have around five months left to wait for the Bumblebee movie. Thankfully new information is starting to drip out ahead of its Comic-Con showcase in San Diego next week.

The latest news unveiled exclusively by Entertainment Weekly, has shown a sneak peek of the Decepticon villains for the first time. The first is Shatter, who takes the form of a cherry-red Plymouth Satellite, voiced by Angela Bassett. The second is Dropkick, whose vehicle form is a blue AMC Javelin, voiced by Justin Theroux.

In the movie the wounded yellow Autobot takes shelter with teenage mechanic Charlie, played by Hailee Steinfeld, while trying to avoid these two Decepticon trackers. We’re also pretty sure we caught a glimpse of Starscream in the first trailer.

The official synopsis for Bumblebee is:

On the run in the year 1987, Bumblebee finds refuge in a junkyard in a small Californian beach town. Charlie, on the cusp of turning 18 and trying to find her place in the world, discovers Bumblebee, battle-scarred and broken. When Charlie revives him, she quickly learns this is no ordinary, yellow VW bug.

The first trailer for Bumblebee was released last month, watch it below:

Bumblebee arrives in cinemas in the UK this Christmas.