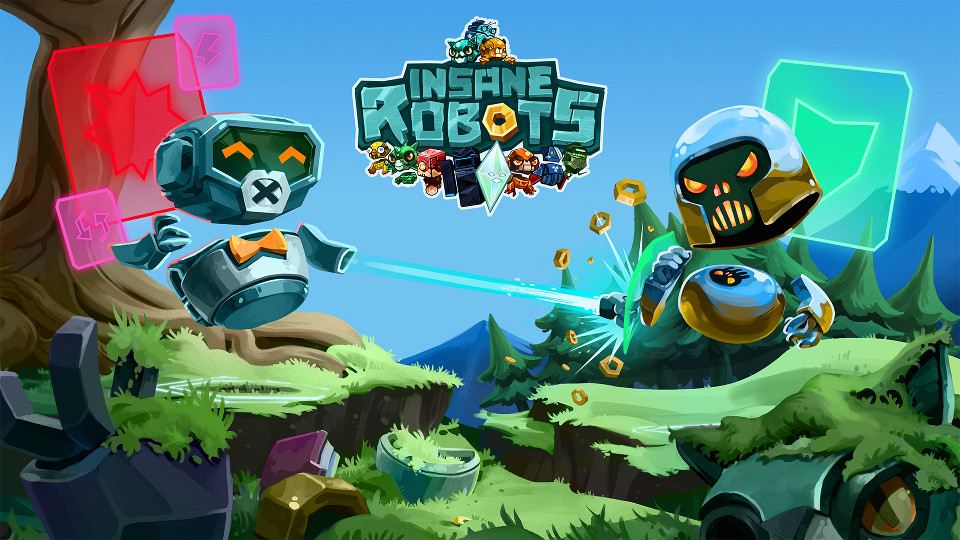 Playniac has announced that their unique card battler, Insane Robots, has launched on PS4 with the Standard Edition (£14.99) available for purchase on the for PlayStation Store now. The Deluxe Edition (£26.99 with a 20% PS+ discount at launch) will be available from July 13th in Europe, and both are available for pre-order now on the Microsoft Store.

Insane Robots is also launching for Windows and Mac (via Steam) on July 12th and Xbox One on July 13th. The Insane Robots Deluxe Edition includes the base game plus a season pass including six robot pack DLCs upon release.

Initially created as a tabletop prototype with a pile of old business cards, the creators of Insane Robots at Playniac have pulled from both physical and digital design processes, creating a card battling game that captures what players love most about the genre, while removing the elements they hate: namely expensive card expansions, time-consuming customisation, farming, and an ever-rising bar that excludes players who don’t purchase more cards. This focus freed Playniac to create the perfectly designed battle deck. With only 22 tokens, it is easy to learn and manage, yet full of unexpected turns and strategic depth.

View some screenshots from Insane Robots in our gallery:

Master the battle deck and develop strategies in super-accessible multiplayer local and online, as well as single-player robotic skirmishes. Deploy HACKS and GLITCHES in the heat of battle and use your wits to terminate the competition. Battle with over 46 diverse robots in five hostile environments. Augment devious droids to grow more powerful and trade cutting, robotic insults with opponents along the way.

EF Games will be bringing you a full review of the game later this month. Check out the official Insane Robots website for more information.