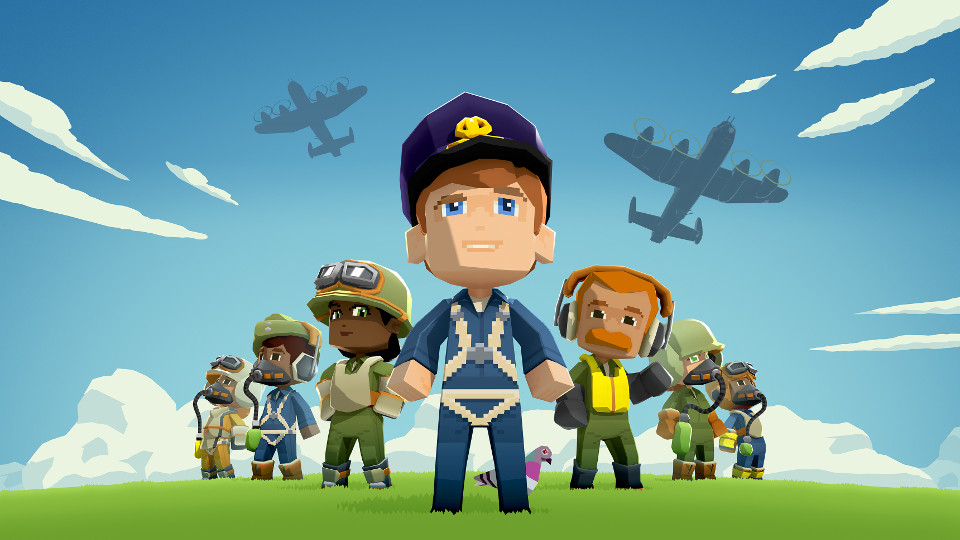 Brighton-based two man development team Runner Duck Games, alongside publisher Curve Digital, have announced that Bomber Crew is available now on PS4, Xbox One, and Nintendo Switch. Xbox Game Pass subscribers will find the game has been added to their collection.

In Bomber Crew players must recruit, train, and upgrade their WWII flight team before piloting a Bomber over enemy territory. Every mission is fraught with danger as you pilot your bomber to victory while dodging flak fire, soaring through unstable weather conditions, avoiding enemy radar detection and battling dreaded enemy Aces. To make things harder, crew members only have one life.

Every Bomber can be customised, with the ability to change the base colour – from gaudy pink to camo green – all the way up to upgrading its bombing capability and your chances of survival. Using the in-game tool, you can even slap your slogan on the side of the vehicle or draw your own wing art, to strike fear or laughter into the hearts of your enemies.

Bomber Crew for console also includes the all-new Infinite Mode and leaderboards – these new additions can now also be found on PC.

View some Bomber Crew screenshots in our gallery:

Bomber Crew launches priced at £11.99, though early birds can take advantage of a 20% launch discount. The same limited time discount applies to Bomber Crew’s Deluxe Edition, which includes the Season Pass. The Season Pass is also available separately priced at £7.99 for access to all the announced and released DLC, as well as one further set of unannounced side missions. The Season Pass offers a significant saving to purchasing all DLC separately.

The debut DLC pack, Secret Weapons, is priced at £4.99 and sees players taking to the skies during the WWII “Big Week” in the winter of 1944. Players will be faced with new treacherous weather conditions to fly in, new enemy Aces to confront, changes to the airbase and more ways to upgrade the Bomber.

EF Games will have a Bomber Crew review later this month. Check out the official Bomber Crew website to learn more about the game.