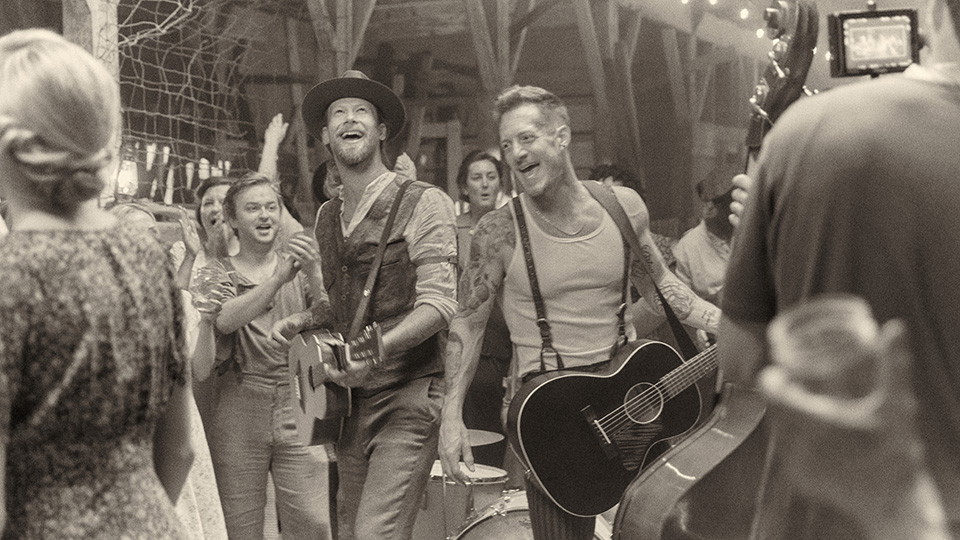 The video was filmed at the historic Travellers Rest plantation house in Nashville and directed by Justin Clough. It opens with an elderly man telling his grandsons about a long-lost love before fading to a flashback of a young couple’s romance in the 1920s. Throughout the video band members Brian Kelley and Tyler Hubbard are shown performing the light-hearted, upbeat track whilst dressed in period costume.

Speaking about the song, Hubbard said: “‘Simple’ felt just right to start our next chapter and I’m so proud of this video. The ease in this song, this storyline, it’s all so reflective of where we are right now in our own lives… enjoying the little – and simple – things.”

Kelley adds: “With this feel-good tune, we’re going back to basics… the stripped-down roots. We’re so excited that fans are vibing with its simple nature.”

Simple is the first single taken from Florida Georgia Line’s highly anticipated fourth album, which is expected to be released later this year. The song was written by Hubbard, Kelley, Michael Hardy and Mark Holman and is currently in the top 20 and climbing on the US country radio charts.

Florida Georgia Line recently became the first act to top three Billboard country charts with three different songs – Up Down (a collaboration with rising country star Morgan Wallen) on Country Airplay, Simple on Digital Song Sales, and the three-times platinum-selling Meant To Be (featuring pop star Bebe Rexha) on Hot Country Songs. Meant To Be has been number 1 on Hot Country Songs for a whopping 30 weeks, making it the second-longest reigning number 1 on the chart.

Florida Georgia Line will be appearing at several major music festivals in the US this summer, including the inaugural FGL Fest at Indianapolis Motor Speedway’s 25th annual NASCAR even in September. They’ll also perform a five-show residency at Zappos Theater at Planet Hollywood Resort & Casino in Las Vegas in December.

Since bursting onto the scene in 2012 with their breakout hit Cruise, which became the best-selling country song of all time and was certified diamond by the RIAA, Florida Georgia Line have been one of the most popular and successful country acts around. They’ve sold over 4.3 million albums worldwide and were the winners of Billboard’s first ever Trailblazer Award, as well as honours from the AMAs, ACM Awards, CMA Awards and CMT Music Awards. Hubbard and Kelley have also written a slew of hit songs for fellow country artists including Jason Aldean, Cole Swindell and Billy Currington.