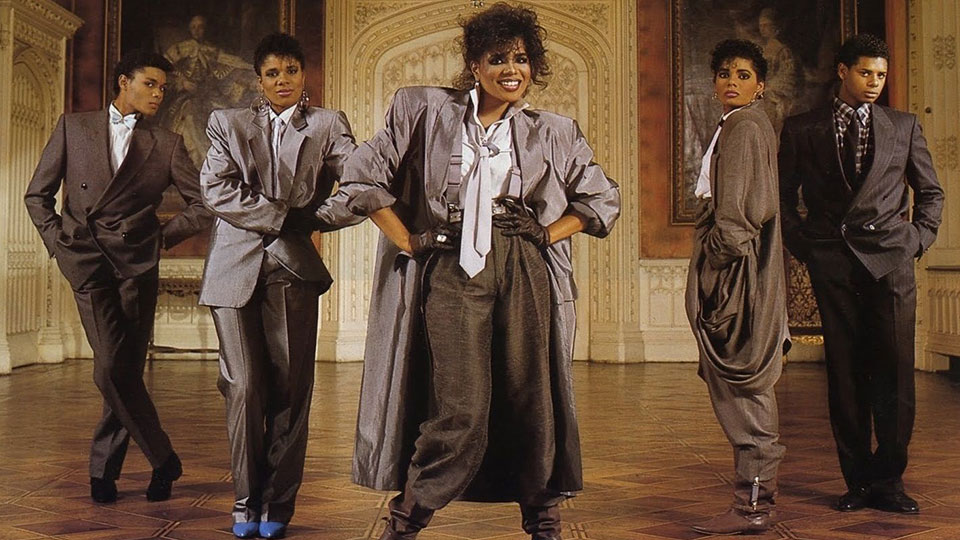 Just over a week ago, we ran a poll to find the ultimate 5 Star single and their avid fan base voted in their hundreds.  We caught up with Denise Pearson to reveal the results of the poll and take a step down memory lane.

Here’s the top 5 in reverse order, with comments from Denise.

Released in 1986, this track was the last single from 5 Star’s debut album Luxury of Life and gave them their first top 10 hit in the UK peaking at no.3.  Denise remembers the video fondly, “I loved the outfits in this video and funky hair styles with spray painted bits.  Cool.. captain of the enterprise theme lol.  Classic.”

The band’s second top 20 hit was released in 1985 from their first album also.  It had exactly the same number of votes as Rain or Shine, sharing the no.3 spot on our poll.  “I remember this one when it hit. It took us to LA for the first time. All the Americans recognised us at LAX airport. What lays prominent in my mind is Jermaine Stewart. Whenever he saw us there he always called out my name in that beautiful high pitched voice of his.  Bless him x.” recalls Denise.

5 Star’s biggest hit to date is Rain or Shine which just missed out on the top spot of the UK chart (and replaced the aforementioned Jermaine Stewart at no.2).  The song contains the lyric Silk and Steel which of course is the title of the multiplatinum album from which the track is taken.  Denise recalls the recording process for this track, “Now this song was the hardest to record. I remember going from studio to studio trying to find the right vocal booth that made me feel comfortable enough to lay down vocals. 3rd time lucky the song was born.”

Can’t Wait was the first single from Silk and Steel and gave the group their second consecutive top 10 UK hit.  Denise has fond memories of the video, “We were up until 2-3am in the morning finishing scenes from this video. I remember having a laughing fit when I saw how big the writing was on the invitations in the car scene.” She continues, “We recorded this song in LA and acquired some of the very best musicians to bless this track. Greg Phillinganes on keys and Paul Jackson on guitar. Musicians that Michael Jackson used regularly.  Hand picked by my dad Buster Pearson, they made this tune into the Masterpiece it was and I’m so happy to say ‘Still Is’.”

The last track from Silk and Steel, this song soared to no.4 on the UK singles chart, not too shabby for the 6th single from a multiplatinum selling album!  It seems the fans still can’t get enough the track with more than 1 in every 5 votes cast being for this track.  Denise says of the video, “I enjoyed making this video with the indoor market and the professor with the great big electric static ball.  It’s the first time I explored acting, but I think Sted was the real acting star in this I must admit!”

Denise wanted to thank everyone who voted, “Thank you guys so much for taking time out to vote for your favourite tune and for your undying love and support. I truly hope you enjoy our Luxury Definitive Anthology which you all made possible.  From the bottom of my heart we are truly grateful xx.”