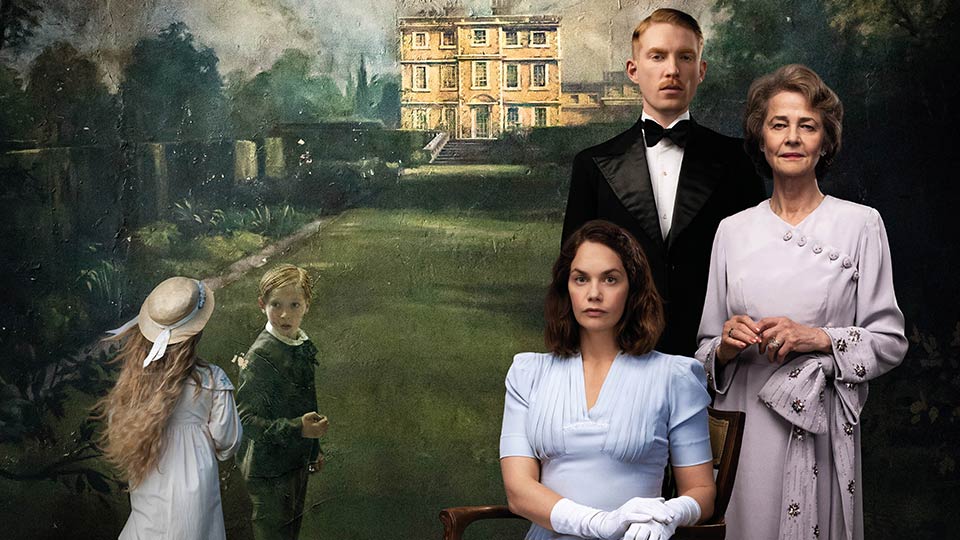 The Little Stranger will be released in UK cinemas on 21st September 2018 and to mark the date announcement a one-sheet poster has been released.

The poster paints a chilling picture as a little girl in the background is seen seemingly interacting with a little boy in a painting. In the foreground the movie’s stars Ruth Wilson, Domhnall Gleeson and Charlotte Rampling are posing together with Wilson sat in a chair.

You can see the poster below:

The Little Stranger is directed by Lenny Abrahamson (Room) and is based on Sarah Waters’ best-selling novel.

Having watched the film, Sarah Waters commented, “The moment The Little Stranger finished, I wanted to watch it again. The product of a perfect combination of things – genius direction, a great script, masterly acting, lush cinematography – it’s a complex, poignant, terrifically unsettling film. I couldn’t wish for a better adaptation of the novel.”

The Little Stranger also stars Will Poulter (The Revenant) and it’s been adapted for the big screen by BAFTA nominee Lucinda Coxon (The Danish Girl).

Telling the story of Dr. Faraday (Gleeson), a country doctor called to attend a patient at Hundreds Hall, where his mother once worked. Home to the Ayres family for more than two centuries, the house is hiding plenty of secrets and Faraday gets wrapped up in the family’s story.

The film is produced by Gail Egan (The Constant Gardener), Andrea Calderwood (The Last King of Scotland) and Ed Guiney (Room); and executive produced by Cameron McCracken for Pathé, Daniel Battsek for Film4, Andrew Lowe for Element Pictures, Celine Haddad for the Irish Film Board and Tim O’Shea for Ingenious.

A tie-in edition of The Little Stranger will be published by Virago on the 23rd August 2018, priced £8.99

Advertisement. Scroll to continue reading.
In this article:The Little Stranger