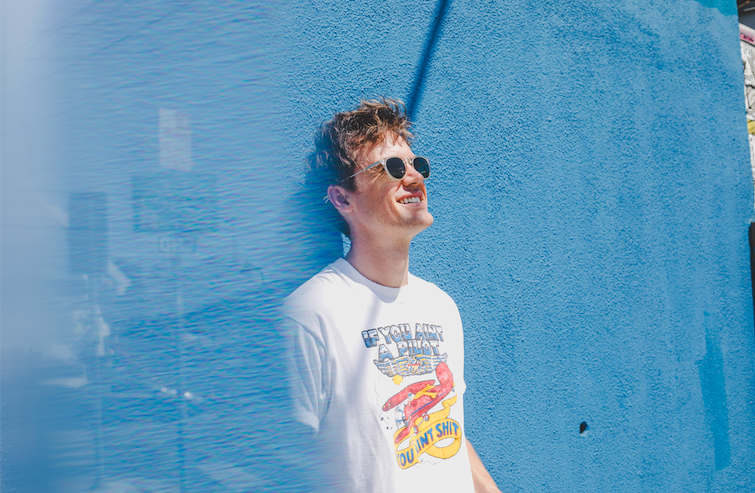 Country-rock singer-songwriter and actor Tyler Hilton has announced the release of his latest single, City On Fire.

The song is a dramatic, driving number with plenty of classic country and rock influences. It was written around the 2016 US presidential election, when Hilton was listening to a lot of traditional folk ballads and western movie scores.

Hilton says, “It was strange and comforting music to be taking in amidst so much change. And everything seemed to be changing. There were so many people to feel for at once. And then a good friend of mine from high school passed away and all of us came together; I sang some songs, we cried, but mostly we were just left numb and blinking. A lot happened really fast. That’s when ‘City On Fire’ came out of me really quickly. It was like a dream I should have had, but instead the images came out as a song, a fully formed murder ballad. It was eerie. But it painted the picture just right for me, it felt like the city was on fire and a lot was being lost very quickly.”

City On Fire is taken from Hilton’s upcoming album, also titled City On Fire, which is due for release in autumn 2018 on Hooptie Tune Records. The album was recorded in California with Hilton’s friend and bandmate Jaco Caraco, as well as in Tennessee with Charles Kelley of Lady Antebellum.

Ahead of the release of the album, Hilton will embark on a UK tour with American singer-songwriter and actress Kate Voegele. Hilton and Voegele have also teamed up for two songs on his upcoming album, Overtime and When The Night Moves, which they wrote together.

Originally from California, Hilton is perhaps best known from his role on teen drama One Tree Hill. He starred as the talented yet arrogant Chris Keller from 2004 to 2006, returning for the show’s ninth season in 2012. Hilton also played Elvis Presley in the 2005 Oscar-winning Johnny Cash biopic Walk The Line alongside Joaquin Phoenix and Reese Witherspoon, and appeared alongside Robert Downey Jr in Charlie Bartlett.

As well as his acting roles and musicianship, Hilton has also developed a reputation as a songwriter. He’s written songs for artists including Taylor Swift – and appeared in her video for Teardrops On My Guitar – as well as Michelle Branch and Joe Cocker. Hilton is also currently working on new music with Billy Ray Cyrus.

See Tyler Hilton on tour with Kate Voegele in the UK this summer: