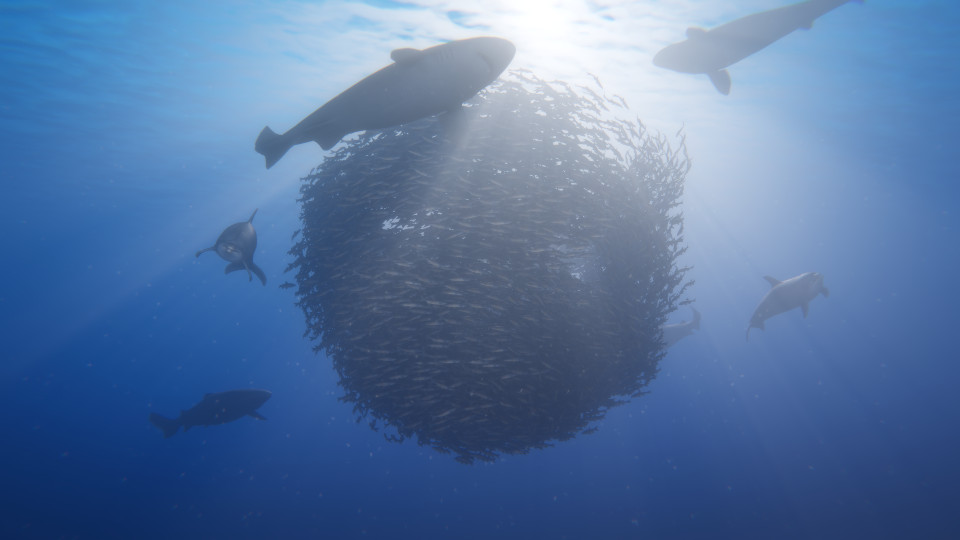 E-Line Media (Never Alone) has announced Beyond Blue, a game that invites players to venture far below the surface of our vast and largely uncharted ocean to sense the soul of some of our world’s most magnificent and intelligent creatures.

Set in the near future, players will probe the mysteries of our ocean through the eyes of Mirai, the lead on a newly formed research team that will use groundbreaking technologies to see, hear, and sense the ocean in a more meaningful way than has ever been attempted. The game will involve both a rich story and resource management, challenging the player to make high-stakes decisions and prioritize which objectives can be successfully achieved during the crew’s expedition.

Watch the Beyond Blue teaser trailer below:

For Beyond Blue, E-Line have paired world class game makers with some of the field’s leading ocean experts. They have crafted an experience that reflects the awesome wonder and unbounded mystery that infuses our planet’s beating blue heart.

The concept for the project grew from creative discussion between E-Line and BBC Studios during BBC’s making of Blue Planet II. The series highlights that there has never been a more crucial time to explore our remotest seas, and to examine what the future might hold for our blue planet.

View some screenshots from Beyond Blue in our gallery:

Enabled by this partnership with BBC Studios, as they progress players will be able to unlock Ocean Insight videos that expand upon a moment of the game with stunning underwater footage from the Blue Planet II production, including never seen before footage. Players will also meet the inspiring real-world ocean researchers who are laying the foundation for the exciting future depicted in the game.

E-Line is joined in its funding of the project by impact investors who share in a mission to help build lasting connections between people and the ocean, including OceanX, an initiative of Dalio Philantrophies, and David Haas (a leading philanthropist supporting media for impact).

Beyond Blue coming to PC and consoles in 2019. Check out the official Beyond Blue website for more information on the game.