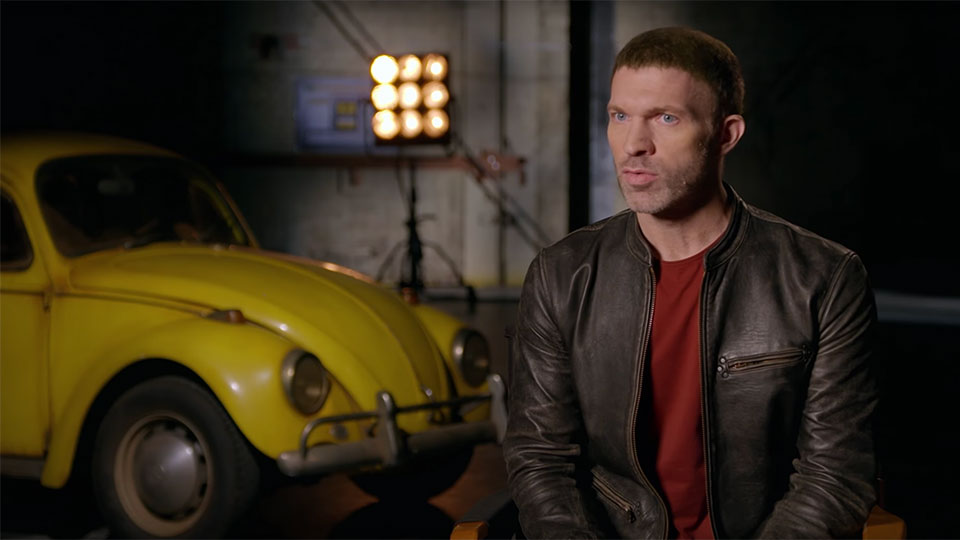 A new featurette has been released for Bumblebee and it turns the spotlight on the film’s director Travis Knight.

Known for his incredible animation work in films such as Coraline, ParaNorman and The Boxtrolls, Knight is following up his directorial debut Kubo and the Two Strings with new Transformers prequel Bumblebee.

The featurette includes interview footage with Knight where he talks about his passion for film-making.

“One of the things I love most about film-making and storytelling is sharing our experiences and sharing our stories with other people. It’s a way of connecting with people.”

He opens up about his inspirations revealing, “I was a child of the 80s. I grew up loving those classic Spielberg and coming of age tales. That was something that I wanted to bring to Bumblebee.”

Teasing what to expect from Bumblebee, Knight says, “To take this big expansive franchise and focus in on a corner of that canvas, we really get to understand who Bumblebee is and why people love him.”

The featurette includes footage of Knight directing star Hailee Steinfeld on set and she talks about his visionary approach saying, “Obviously with Travis’ background in animation he has an incredible sense of being able to see a drawing on the page brought to life.”

Lorenzo di Bonaventura, one of the film’s producers, also contributes to the featurette.

Bumblebee is a prequel to the previous Transformers movies, set 20 years before the events of the first film. It follows teenager Charlie Watson (Steinfeld) who discovers Bumblebee in a junk yard and accompanies him on the run from a government agency called Sector 7.

The trailer for Bumblebee was released earlier this month along with video messages from Steinfeld and Knight.

Bumblebee is due to arrive in cinemas at Christmas.