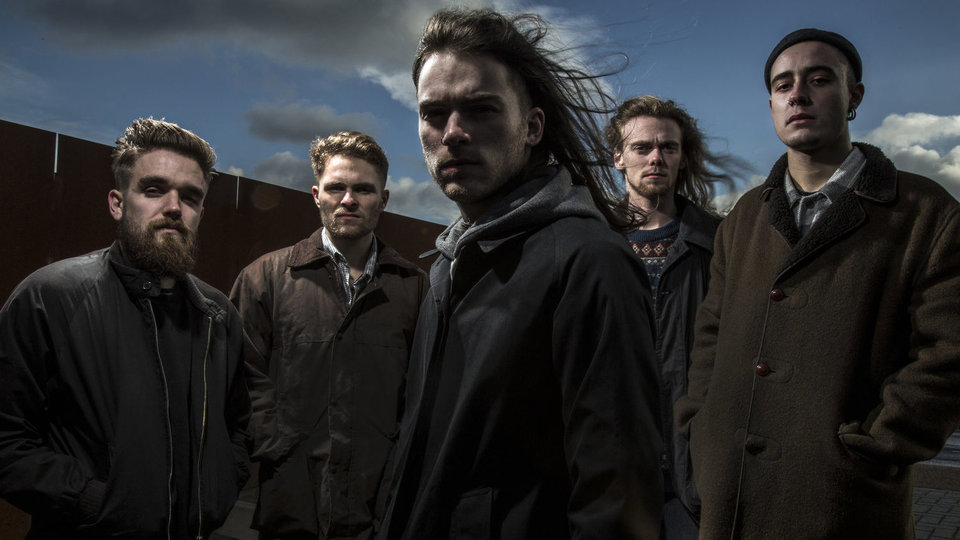 KOYO have joined forces with the award-winning Welsh filmmaker, Nathan Erasmus to produce animated visuals for their latest single, Jettisoned. The track is taken from their self-titled acclaimed debut, which made the top 20 album lists on Classic Rock, Prog Magazine and Louder Than War.

The psychedelic rockers haven’t stopped working since the album’s release, playing at Leeds & Reading, Download and Camden Rocks Festivals, selling out venues across the country and receiving praise for their work from the likes of Steve Lamacq (BBC 6music), Napalm Death and Killing Joke.

Filmmaker Nathan Erasmus commented: “The band have their own unique experimental sound and the album took me on an unpredictable journey, one I haven’t been on since listening to Radiohead’s ‘In Rainbows’ for the first time. The conceptual design of the album’s artwork by Archie Edwards lends itself well to animation and the visuals in the Jettisoned video are strongly inspired by retro sci-fi posters and book covers, something Archie and myself are both big fans of. Sci-fi often explores metaphors and this is what I’ve done in exploring the theme of Jettisoning.”

Frontman Huw Edwards added: “There’s the one side, the hopeless, irrational thoughts of someone dealing with that and the other side, the clear-sighted observations of how others deal with it. The song twists and turns just like the twisted musings of the narrative.”

KOYO was formed by Huw Edwards (lead vocals, guitar) and Jacob Price (sampling, synthesizers), and features Seb Knee-Wright on guitars, Dan Comlay on bass and Tom Higham on drums. The band is a technically accomplished five-piece that blends influences from the likes of Tame Impala to My Bloody Valentine, Radiohead, Pink Floyd and Kurt Vile. They combine intricate riffs with melancholic vocals, and lyrics influenced by songwriters such as Nick Drake.

You can watch KOYO’s brand new video Jettisoned below:

Advertisement. Scroll to continue reading.
In this article:KOYO