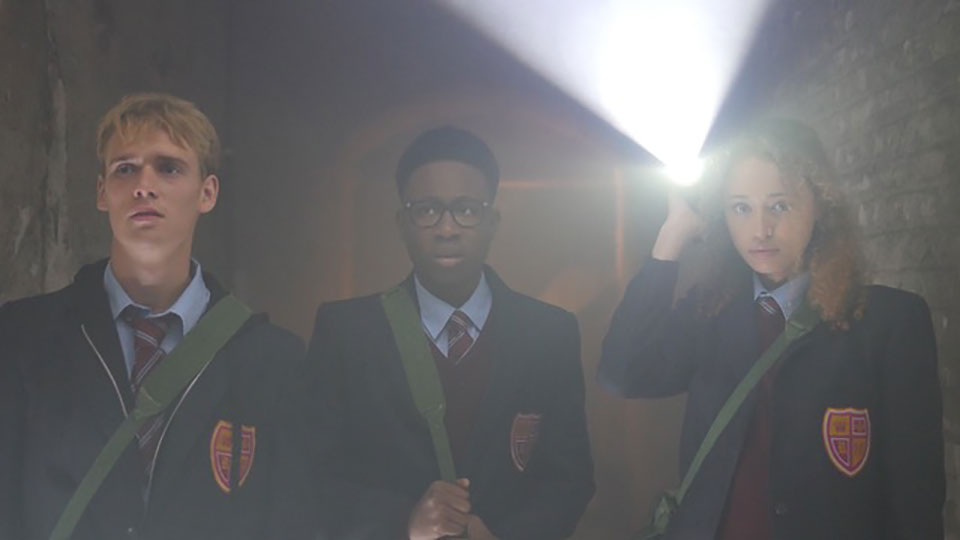 A budding graffiti artist and an expert slacker, teen Tim Edge (Harry Jarvis) gets more than he bargained for when he convinces his two best friends, Vic and Alf, to skip a school trip. They stumble into a press conference being held by Lena Eidelhorn, the mad scientist (Siobhan Redmond) who is unveiling her latest invention, The Vitalitron. This machine is capable of predicting the time of death of any living creature. When Tim sneaks inside, he discovers he only has two hours left to live.

Chased across London by tabloid journalists, Tooley and Graves (Seann Walsh and Marek Larwood), Tim and his mates agree on a bucket list that will cram a lifetime into the next two hours.

2:Hrs is written by Roland Moore and directed by D. James Newton. The film is produced by Andromeda Godfrey, Diana Juhr-DeBenedetti and Newton with Nicki Perkins as Line Producer.

Advertisement. Scroll to continue reading.
In this article:2:HRS